Wayne's Words: Unsustainable demands on water remain in some communities 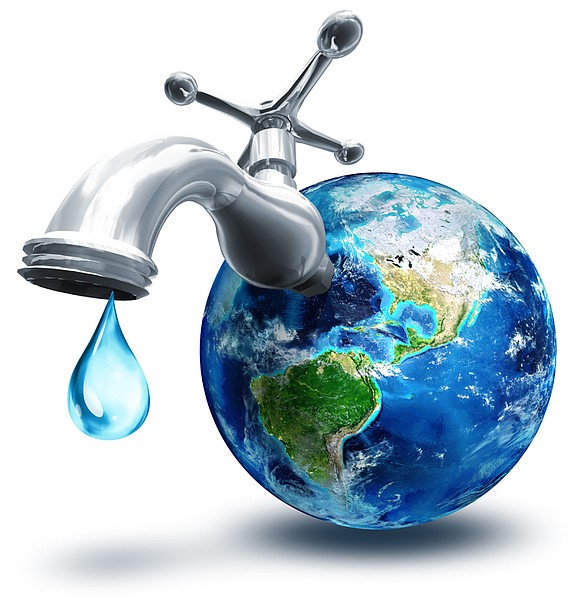 The first order of business for the City Council meeting this week was a proclamation recognizing the work of the Environmental Commission. The Proclamation stated in part the Commission “exceeded expectations and provided for a thorough, unbiased and transparent study process for the benefit of all City of Joliet water customers and potential regional water partners.” As a member of the Environmental Commission, I can confirm that is a true statement. That objective guided the study from the beginning.

The fact that Lake Michigan was the final choice for Joliet’s alternative water source should come as no surprise. Approximately 83 percent of communities in the Chicago region, which includes seven counties, use Lake Michigan as their drinking water supply. The Great Lakes Region contains more than 20 percent of the world’s surface drinking water.

The alternative water study report contains hundreds of pages of data and narrative in the search for the most viable and sustainable drinking water source. Each source that was eliminated was done so for one or more reasons. The final two sources eliminated were the Kankakee River and the Illinois River.

Elimination of the Kankakee River was done for several reasons. One major reason was simply because the 90-mile river could not sustain an adequate supply of water to Joliet during low-flow river conditions due to drought. The Illinois River could not guarantee water quality and the public perception of its location next to a nuclear power plant was difficult to overcome. The Illinois River does not supply fresh water to any community in the 106-mile distance the river runs between Channahon and Peoria.

The Chicago Metropolitan Agency for Planning (CMAP) in a recent update stated that “Unsustainable demands on groundwater remain despite Joliet’s vote to switch water supply.” CMAP is the region’s comprehensive planning organization. There are 284 communities within its planning region.

The recent update makes the case for regional solutions for water supplies. CMAP reviewed the use of sandstone aquifers (deep wells) and confirmed that even when Joliet no longer uses its current aquifer those communities that continue to use those aquifers will not have an adequate water supply at some point in the future. The Illinois State Water Survey estimates that some parts of the Chicago region dependent on sandstone aquifers are depleting them twice as fast as they are replenished. Those communities use approximately 65 million gallons per day. Demand is expected to grow to 100 million gallons per day by 2050.

The current outlook for water demand in the region is expected to remain stable, however, because much of the increased demand is projected to be met by infrastructure improvements and conservation of water sources. The challenge is where the water source is derived. No other fresh water source provides the prospect of sustainability, quality, and cost effectiveness that Lake Michigan offers. The decision by Joliet to use Lake Michigan as its water source, if approved, will allow Joliet the opportunity to become a regional water supplier. That will assist other nearby communities to meet future water needs by partnering with Joliet as their regional supplier.

Now the project has to be implemented. The timeline for the plan development is three to five years of planning and three to five years of construction. There are many challenges that must be met to reach the point where a faucet is opened and Lake Michigan water flows out. Will the City Council establish a separate committee to oversee staff manage the project? Will additional personnel be needed to administer and negotiate the variety of tasks to bring the plan to the point of construction? What will be the cost of the project? The decision to use Lake Michigan was not so difficult. Making the decision viable is the real task.