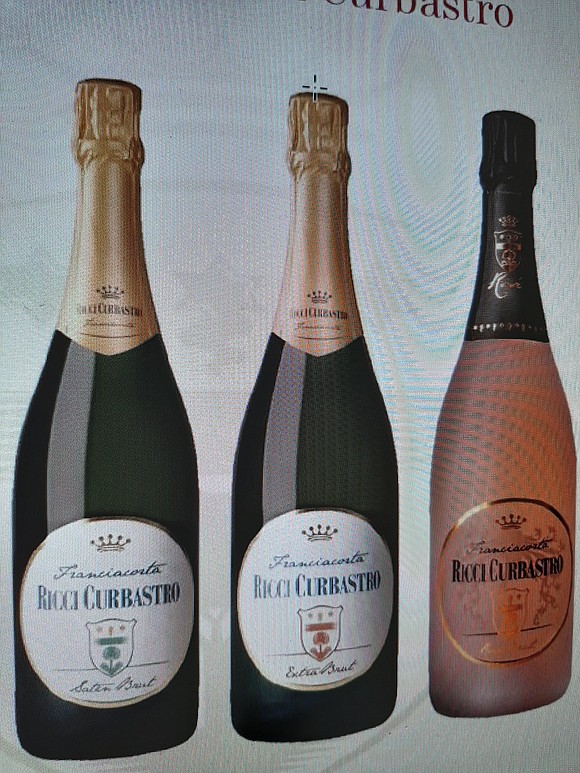 Franciacorta is one of the most beautiful and legendary territories of the Italian wine-growing region of Lombardy. The name literally means 'short France'. With its rolling hills and rich glacial soil of gravel, sand and limestone, it is ideal for the cultivation of grapes and winemaking and has become one of Italy's most famous regions for the creation of great sparkling wines and a center of enotourism. Among the many names that stand out as one of the most respected sparkling wines in Franciacorta is that of Ricci Curbastro, one of the guiding lights, which established the region as DOCG, the highest designation of wine quality in Italy. The Ricci Curbastro family has been growing grapes in Franciacorta since the 14th century and the name is synonymous with that of fine sparkling wine from the region. With that in mind, winery President, Dr. Ricardo Ricci Curbastro and his son, Dr. Gualberto Jr, Ricci Curbastro took to Zoom and Facebook to lead a virtual wine tasting and discussion of their newest releases; Ricci Curbastro Franciacorta DOCG Brut NV, DOCG Saten Brut 2014 and Franciacorta DOCG Rose Brut NV. Ricci Curbastro is a sustainable Farm Estate Winery and all of the wines are organic.

The star of the tasting was the Ricci Curbastro Franciacorta Saten Brut 2014 ($46.99), considered the Flagship of the winery. Awarded for six consecutive years, the wine is 100% Chardonnay and is so named because of its silky texture and flavor profile. The source wine is fermented in oak barrels, giving it its characteristic richness. The fermentation is followed with a very slow 'en tirage' process of slow secondary fermentation in the bottles, a traditional Franciacorta method. The bottles are stacked for nearly four years of yeast contact (40 to 48 months) and are given a very dry liqueur low dosage following disgorgement before undergoing a long period of fining in the cellar for several months.

The result is a brilliant, flavorful wine with spicy aromas and dense, fruity notes. "This is a food wine," expert Lyn Farmer noted. It has elegance, richness, complexity and structure. It also has an herbal depth of character from the Chardonnay. The wine gets its name from its vineyard location. "The grapes are grown near the leaves of the Mulberry trees," the Junior Ricci Curbastro said. The Saten typology takes its name from silk, which was once produced here. The wine also has a softness and smoothness, which reminds one of silk, but it also has strength. If you were to jump from a plane with a silk parachute, you would find out that the silk fabric is quite strong! The senior Ricci Cubastro then chimed in; "This is not just 'toasting' bubbles, but a real food wine with character and structure," said Dr. Ricardo Ricci Curbastro. "The grapes come from vineyards with the lowest yield and the long second fermentation with low sugar dosage. This makes for less atmosphere in the bottle, which brings out the roundness and complexity." This is a spectacular sparkling wine!