Victim died from injuries, and death preliminarily classified a homicide 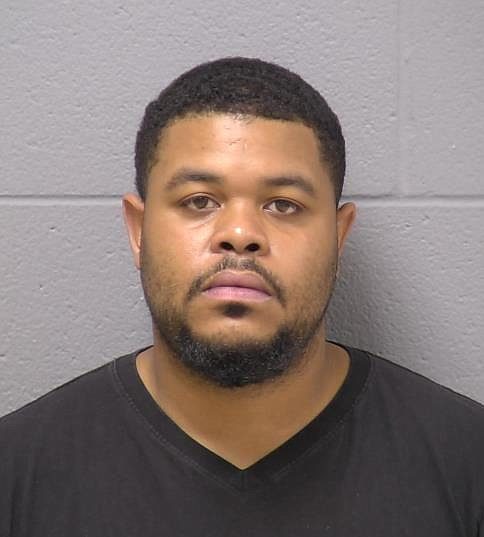 A 27-year-old customer of a window tinting business in New Lenox Township is being held on a $500,000 bond after he allegedly beat the business owner who later died.

Devon Ward was arrested and charged with aggravated battery in connection with the recent death of Wayne C. Deutsch, of Orland Park, the owner of Shades of Darkness Window Tinting in the 13900 block of Illinois Highway. Wayne Deutsch died from his injuries while resting at home on June 17.

Will County Sheriff’s Polcie said they are confident charges against Ward will be upgraded once a final ruling is released by the Cook County Medical Examiner’s Office.

The initial incident happened during the early evening of June 12. That’s when Will County Sheriff’s Deputies were dispatched to a battery complaint at Shades of Darkness Window Tinting. Upon arrival, deputies spoke Deutsch, who told them that an unknown male black subject, wearing a “doo-rag” with a beard had beat him with a long metal cylindrical object. Deutsch said he had previously done work on the subject’s vehicle. Deutsch stated that the subject came into the store asking for a refund on the window tint that the subject paid for. Deutsch and the subject had words, and the subject left the store.

Moments later the man returned and started a physical confrontation with Deutsch, striking him several times in the ribs with a metal object.  The man, later found to be Ward, began beating Deutsch as he fell to the floor.  Deutsch stated that the subject then took approximately $800 from his person. The subject fled the scene in a dark colored Chrysler 300 with tinted windows.

Deutsch refused medical treatment on scene, and sheriff’s detectives began an investigation into the incident.  Deutsch was only able to provide detectives with limited information pertaining to the identity of the suspect.  Deutsch was however able to provide detectives with a self-shot video from his cellphone showing the suspect approaching the victim prior to the aggravated battery. On June 14, detectives learned that Deutsch had been in the hospital, and his injuries consisted of multiple broken ribs.

On June 30, 2020, a warrant was issued for the offense of aggravated battery against Ward.  Ward’s attorney contacted members of the Will County Sheriff’s Office, and he subsequently turned himself in.  He is currently being housed in the Will County Adult Detention Facility.