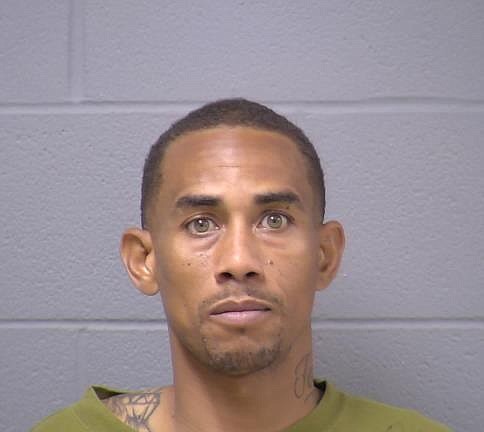 A 38-year-old man from Los Angeles, Calif., stopped by Will County Sheriff’s Office police around 8:20 a.m. July 7 while heading eastbound on Interstate 80 was charged with obstructing justice and obstructing identification.

Kenneth Vrail George was driving erratically impeding the flow of traffic and then speeding up, abruptly switching lanes without signaling and then exited onto Interstate 55 where deputies conducted a traffic stop.

Deputies checked his driver’s license and found the name on it was an alias for Kenneth Vrail George who was wanted an active fugitive warrant from April 24 out of Maricopa County, Arizona for drug charges and felony sex trafficking, according to police.

Deputies informed George that the photo, nor the identifiers, matched his face on the driver’s license that he provided. They also advised George that they were aware of his active warrant. Upon receiving this news, George said he didn’t feel well, laid on the ground, and refused to answer any further questions.  George was transported to St. Joseph’s Hospital where he was examined and cleared by medical personnel.

George allegedly refused to state his true identity, however, photos of George were provided to deputies from Maricopa County, which matched Kenneth George.