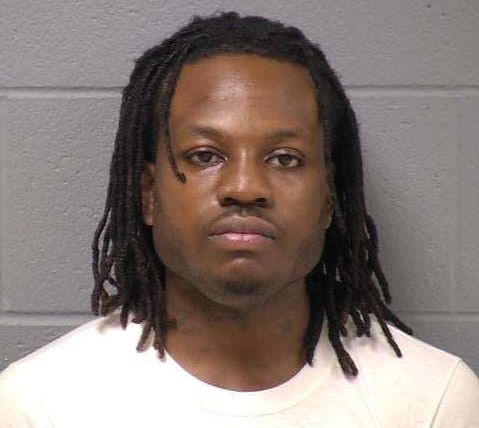 Kevin Spencer Jr. was arrested just after 2:40 p.m. July 18 in the 3500 block o Legacy Drive, according to police. His arrest follows an investigation that began more than a month ago.

Joliet police responded to AMITA St. Joseph Medical Center at 7 p.m on June 16 in reference to a sexual assault complaint. During the investigation, Officers and Detectives were able to determine Spencer had allegedly befriended two 13 year-old juveniles via social media and eventually had sexually assaulted both juveniles’, police said. A warrant for Spencer’s arrest was issued earlier in July.

On July 18th, Tactical Officers observed Spencer in the 3500 block of Legacy Drive. Spencer was placed into custody without issue and transported to the Joliet Police Department for booking procedures. He is being held in the Will County Adult Detention Center on a $75,000 bond.