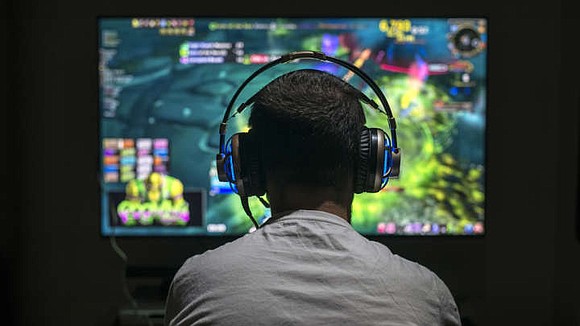 Gaming revenue losses are one of the many casualties of the coronavirus pandemic. According to Illinois Gaming Board reports, in 2019 Illinois generated more than $821 million in revenue from casinos and video gaming. Gov. J.B. Pritzker has closed casinos and video gaming to the public since March 16 due to the stay-at-home order. So far, Illinois gaming losses exceed $150 million year to date. Joliet has lost approximately $2.6 million of gaming revenue thus far.

The loss of the gaming revenue has brought about an interesting response from the Illinois legislature. Last year’s state budget included a casino for the City of Chicago, along with sports wagering in Illinois but that has yet to come to fruition. Rather than reduce some corresponding expenditures, both the House and the Senate passed a casino measure that would give a larger share of gaming revenue to a Chicago casino, when and if it’s built, rather than share additional revenues with the nine other communities with casinos. There are 10 casinos, and Joliet has two.

The new legislation will make it difficult for a Chicago casino to make a profit with most of the revenue going for fees and taxes, according to some reports. That probably won’t prevent someone from building a casino in the Windy City - “build it and they will come,” right? Of course, if that happens, other existing casinos would likely suffer future revenue losses. The DesPlaines Rivers Casino is the one most likely to see revenues drop because of its proximity to Chicago. That doesn’t rule out losses for the outer ring casinos in Aurora, Elgin and Joliet. In the meantime, however, the gaming spigot remains in the off position and there has been no public discussion about when gaming venues will reopen or if the public will be ready to return to the tables.

That brings us to the problem of gaming revenue losses in Joliet. The City Council continues to spend money like it has no financial worries. Expenditures for things like equipment, contractual employee wage increases, ballpark maintenance and a hundred other items are deemed necessary. There is uncertainty as to how much other revenue losses will be forthcoming in the months ahead. And what’s the plan for lost revenues?

So far, it’s mostly employee wage concessions. There is no long-term financial plan to avoid future revenue pandemics, as has been pointed out here before. Oh there is, of course, the expansion of the warehouses and the substantial increased truck traffic that comes with them to destroy the roads and bridges. That problem was to be cured by the massive infrastructure capital improvements bill passed in Springfield last year. Yes, the State would solve the truck traffic problems created by the increased warehouses being built or proposed. I think we can all agree we shouldn’t hold our breaths on that windfall of cash trickling down to Joliet any time soon.

One employee salary technically and literally non-existent since March 1 is that of the Joliet City Manager. That’s because Joliet no longer has one. The city leases a “city manager” from GovTempsUSA, LLC. Steve Jones, an employee of GovTempsUSA, LLC, is filling that interim position. Jones is not subject to any provisions provided to city employees, including the ethics ordinance. He is a retired City of Joliet employee who found a way to earn money as a city manager with the freedom to work when he wants. The leasing contract states Jones cannot work more than 40 hours per week at $135.10 per hour. There is no minimum work hour requirement.

Since Jones has complete authority to administer city government operations, the question has come up regarding who is in charge when he’s not around? That situation actually presented itself back in February when Jones took some vacation time (he was still an employee then) and he appointed the City Clerk to act on his behalf while he was gone. I pointed that out it in this column at the time but there was no mention of it at any City Council meeting. Now that the Council is working on finding a new city manager to replace the leased employee, maybe a succession plan can also be legislated. Or is that too much to expect?