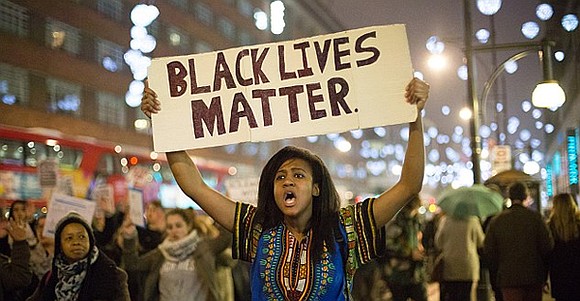 This week, I convened a bipartisan group of Senators to read aloud Martin Luther King Jr.’s “A Letter from a Birmingham Jail.” This was the second year I’ve done this, and I hope to make it an annual tradition. I was struck by the thought of Dr. King in a small, dirty jail cell writing in longhand on napkins and scraps of paper and newspaper to a group of ministers that were not hateful as much as they were questioning the need for action at that particular moment in 1963. We usually picture this man on the steps of the Lincoln Memorial eloquently and passionately describing his dream for America, or behind a pulpit in Memphis urging his audience to press forward, to not be discouraged in their quest for civil and equal rights because he had been to the mountaintop and he had seen the promised land. I was deeply moved by the reading, and felt it was critical in this moment that a United States Senator from the Deep South stand on the Senate floor and declare that Black Lives Matter.

The last few months have made the truths of being Black in America clear to all. We have watched as a pandemic killed Black people at the rate of almost two and half times that of other Americans. Not from a mutation of the virus but from an underfunded system that too often deprives Black Americans medical care for diabetes, heart disease and other health issues that are now described as pre-existing conditions. We have watched as Black-owned businesses failed at twice the rate of others, and unemployment for Black Americans rose faster and will stay higher than the rest of America.

As we witnessed the truths of the system and society revealed to us by the pandemic, we were met with a profoundly haunting video, which I need not describe and trigger the pain it has caused. George Floyd’s cries of ‘I can’t breathe’ were not just the cries of an innocent man pleading for his life, but the cries of so many of our fellow Americans that are killed by police, choked by a healthcare system that denies them access to quality healthcare, and in Dr. King’s words are smothered in “an airtight cage of poverty,” who cannot breath the fresh air of affordable housing, education and economic opportunities. They are the cries of Black Americans who simply have to hold their own breath when they themselves or their sons and their daughters venture away from their home fearing a police encounter that will take their life. Maybe even more so than the dogs or fire hoses in Birmingham or the beatings on the Edmund Pettus Bridge in Selma, Alabama the video of George Floyd’s last moments were a confluence of events that gave our nation an image of itself that it could no longer bear.

I truly believe that the soul of America has come to the streets of America, looking for a way for all of her people to live in a more just society. We are finally coming to understand that, “What affects one directly, affects us all indirectly.” That we see in this moment how poverty and economic disparities are connected. And how the poor and lower income both Black and White, are connected, as both suffer from healthcare, educational and economic disparities. It’s why in this moment it’s so important to reject those voices looking to divide us. We must come together to end racial injustice.

As a people, as a Congress, we cannot let this moment pass. Surely reforms are needed, but the greater need is not just to reform but to transform, to make a dramatic change in the nature and character of our institutions towards a more just government and society.

Since our country’s inception we have said the words “all are created equal”, we have pledged that we are a nation for all — not for some —all, but we know that we have never lived up to that ideal. We all know it. In response to the protests that are taking place across this country today where voices and t-shirts and facemasks proclaim and insist that Black Lives Matter, and of course they do, but we will not be a country where we are all truly equal and where justice is for all until we can all say the words Black Lives Matter and mean it. That is my pledge, and I pray America joins me.