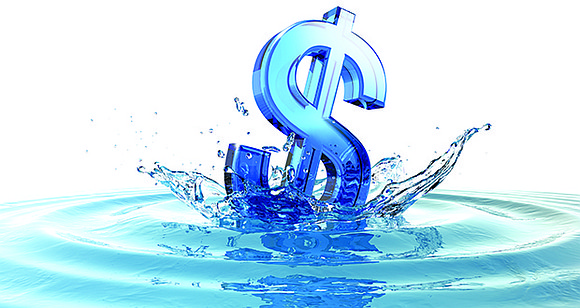 Back in January, the City Council presented a proclamation to the Environmental Commission regarding the Joliet Alternative Water Source Program that stated in part, the Commission “exceeded expectations and provided for a thorough, unbiased and transparent study process for the benefit of all City of Joliet water customers and potential regional water partners.” Subsequently, the Environmental Commission was disbanded. The expertise acquired by the EC members after almost two years of meetings and research was no longer needed. All of the conclusions and research, including funding mechanisms, was published in a two-part report of hundreds of pages. Now the same educational process is being done with the City Council. The questions and review of funding mechanisms was completed by the EC and printed in the report issued by the city. Much of the material presented to the council is contained in already published reports.

The real question is not about today’s cost to build the infrastructure but who will control Joliet’s cost of water in the future?

Councilman Mike Turk said his perception was that most in Joliet were concerned with the cost of the project. While hard figures are not yet available for infrastructure costs, it has been estimated to cost between $800 million to $1 billion. The cost will be borne over 40 years or so and increase water bills 10 years from now by about $60 to $90 per month. But, in 10 years, there should be a sustainable, quality water source for the next 75 to 100 years.

The real question is not about today’s cost to build the infrastructure but who will control Joliet’s cost of water in the future? Seven months after deciding to use Lake Michigan as Joliet’s water source, hiring a lobbyist and a law firm to represent our interests, and retaining the same consultants and engineering firms used for the Environmental Commission, the City Council is still many months from a decision on how the water source is to be accessed and how it will be paid for.

One last thing…Next weekend will be the Fourth of July. It will be a three-day holiday that will probably be somewhat calmer than past years due to COVID-19. Most States, including Illinois, will be more open for celebration than has been possible the last three months. While many restrictions on businesses have been lifted, social distancing and wearing a mask covering are still in place and recommended.

One of five signers of the Declaration that were captured by the British during the Revolutionary War was tortured until he recanted his signature and declared loyalty to the king. When Richard Stockton of New Jersey was released later he reaffirmed his dedication to the cause and denounced the use of torture that forced him to lie to save his life. Much of the document was written by Thomas Jefferson who originally included a rebuke of the slave trade as part of the text, even though he was a slave owner. The language was removed before the states of South Carolina and Georgia would accept the manuscript. During the Civil War both sides celebrated the Fourth of July as their own holiday. History always seems to be a great reminder of how far we have come…or not.