Everyone counts in 2020 Census 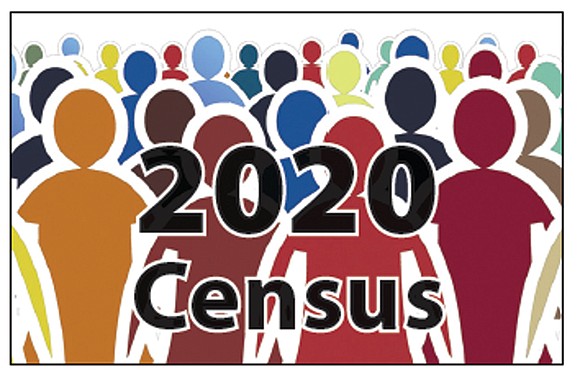 The 2020 Census is underway in Will County and thus far more than 70 percent of households have completed it, according to county officials.

Will County District 5 Board Member Meta Mueller (D-Aurora) is heading up the effort for the county to ensure as many households as possible are counted. She said she is happy the self response rate is currently 72.2 percent.

“That means 72 percent of households have responded so far,” Mueller said. “In comparison to the national self response rate of 59.6 percent, we are doing quite well. I think the option to complete census online has made a big difference during this crisis.”

The coronavirus pandemic and Gov. J.B. Pritzker’s resulting stay-at-home order for Illinois adds a layer of complication to the challenges the county has always faced in reaching hard to count communities, she added. The census bureau has altered their timeline of operations and extended the self-response date to Oct. 31. There was going to be several locations and events throughout the county for people to complete the census online, according to Mueller.

“Unfortunately the pandemic has delayed those plans,” she said. “I’m confident once we are able to reopen that those public kiosks will be opening up.”

She urges everyone in Will County who still needs to fill out the census to check their libraries, city halls and social service organizations for kiosks locations.

There are maps and online tools Mueller and census workers are using to pinpoint areas where numbers are lacking so they know where to target to get the people to fill out the census form. Maps and other information about the 2020 Census are at https://2020census.gov/en/response-rates.html#.

People began responding March 12 and have until October 31 2020. The census bureau estimates they will begin following up with those who haven’t responded starting Aug. 11, depending on how things progress with the pandemic.

“We are fortunate in Will County that several municipalities and community organizations have formed Complete Count Committees” Mueller said. “These committees have worked together to spread the word about completing the census. They are using social media, reminders on some utility bills, reminders from school districts, etc…”

Mueller stressed how important it is for the county to get an accurate and full count.

“The census provides data that determines how much federal funding our community gets for our common services like hospitals, fire departments, roads, schools, etc.,” she said. “It also determines our representation in government bodies. Our residents should complete the census so that we are sure to receive appropriate funding to provide services and representation for our residents.”

The biggest challenge with obtaining an accurate count is reaching people in areas of the county who have been historically undercounted, according to Mueller. “In light of the pandemic, that has become more difficult because we don’t have the same opportunity to help folks complete the census while at large events and in public places like libraries and city halls,” she said.

Complete Count Committees, Mueller added, have been doing a great job reaching out to their communities. “The Spanish Community Center in Joliet has a Get out the Count Coordinator, Verenise Alvarez, and she has been working all over the county. The folks at Southwest Suburban Immigrant Project have helped quite a bit too. I’ve been impressed with the collaboration among our communities to make sure everyone gets counted.”

For more information or to fill out the census online, visit https://my2020census.gov.