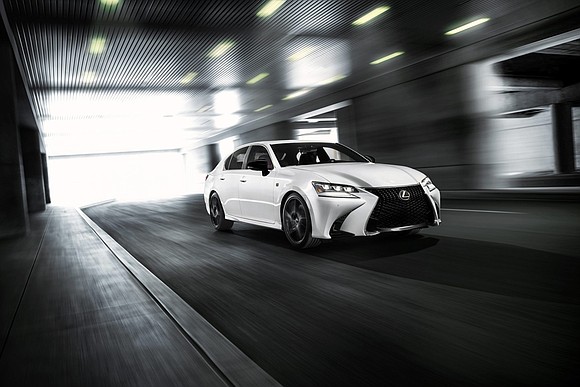 It is difficult reviewing a vehicle that will be discontinued. But that is what we face. Production of the 2020 Lexus GS 350 is scheduled to stop in

August. But do not get it twisted, this is a great car. The problem is it could not stand the onslaught of sport utilities and crossovers, sales fell, and it was no longer profitable to make in Japan, ship here and then sit in dealer showrooms. It is as simple as that.

Still, there are and will be models at dealerships around the country. And if you do not mind being different, this car is well-worth a look and perhaps a purchase.

The F SPORT was track-tuned and had exclusive exterior and interior design features. Our test vehicle had premium triple beam LED headlights, a 17-speaker premium sound system and a one-touch power trunk. The analog clock located in the center of the dash was housed in a single ingot of aluminum, featured LED indicators and used GPS for adjusting the time.

The car was powered by a 3.5-liter V6 mated to an eight-speed transmission. The combination made 311 horsepower and 280 pound-feet of torque at 4,800 rpm. It had paddle shifters and five drive modes including snow.

The GS was smooth, subtle and its power was on display with just a push on the accelerator. Our test vehicle had what Lexus is branding active torque all-wheel drive. Since the pavement was dry, we really cannot say how well it worked. But we can tell you that it was rear wheel biased.

Lexus said the system featured an electronically controlled center differential, which provided a normal 30-70 torque split, with the rear-wheel bias favoring handling agility. The system can split to as much as 50:50, depending on driving conditions, to help optimize traction.

We tried a couple of the drive modes sport and sport +. Power was delivered quicker, steering was a bit stiffer, so was the suspension. There was also eco and normal.

Inside the GS 350 F Sport had a huge odometer in front of the driver and a smaller gauge on the left for temperature and fuel. It was balanced by a 12.3-inch infotainment screen in the center of the dash, but it was set too far back to be a touch screen. It had a 16-way power driver’s seat that included seat extenders and side bladders. Of course, the front seats were heated and cooled.

Lexus has linked its heated and cooled seats with the automatic climate controls. If the interior of the car reaches the set temperature, the seats will tone down and shut off if need be. It is a feature that we have not seen anywhere else -- yet.

Of course, there was perforated leather trim seats, a power tilt and telescoping heated steering wheel with automatic tilt away and 19-inch five-spoke alloy wheels.