A solitary quest for climate change one step at a time 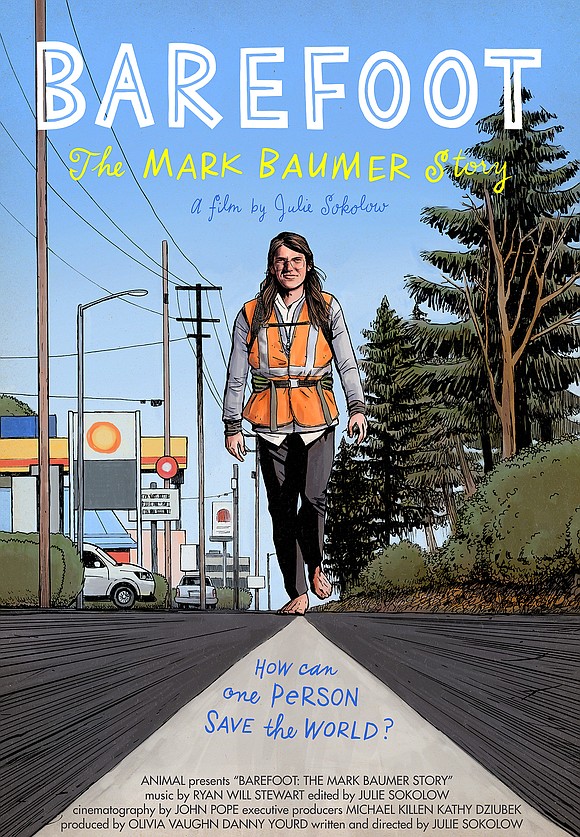 When Mark Baumer set out on what became a 100-day journey walking barefoot across America to protest climate change, he had a premonition. In fact, on his final day in his native Providence, Rhode Island, he was in tears, as if he were saying goodbye. Writer, Director and Editor Julie Sokolow captures his journey with loving care using a combination of social media videos, shot by the subject himself, footage by cinematographer Jon Pope, and an illuminating but in unobtrusive score by Ryan Will Stewart. Baumer’s short, but impactful life is a testament to what one person can do, one step at a time. Mark Baumer was a poet and a dreamer. He felt that he could make a difference. He felt that through his sacrifice, he could galvanize public awareness of the need to fight climate change. Using social media and sheer force of will, he felt that transformation was possible. Tragically, Mark never completed his walk, but this film, and the memories he left with those whose lives he touched, will live on. Ironically, Mark’s journey paralleled the ascent of Donald Trump to the Presidency, giving the film even greater poignancy. Friends referred to Mark Baumer as a poet and ‘media diarist,’ who posted dozens of images and videos a day on social media, always attempting to garner a wider audience for his solitary quest. For more on the film, visit barefootdocumentary.com.