At least 20 Million Could Lose Coverage 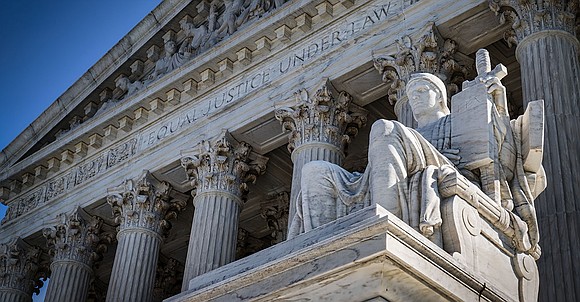 The Affordable Care Act, commonly referred to as “Obamacare,” is on the line, and so is health insurance for millions of Americans as the U.S. Supreme Court will review the law on Tuesday, November 10.

Three of the Trump’s appointees, Justices Amy Coney Barrett, Brett Kavanaugh, and Neil Gorsuch are viewed as more likely than their colleagues to support the now lame-duck President’s long-stated desire to kill Obamacare.

“Severability is designed to say, well, would Congress still want the statute to stand even with the provision gone?” Coney Barrett said during her confirmation hearings.

She stated that in the current Obamacare case, only one provision is arguably unconstitutional.

However, eliminating the law also means eliminating its protections and access. Medicaid for low-income Americans expanded under Obamacare, and it allowed children to remain on their parents’ policies until age 26. The law also guarantees coverage for individuals with pre-existing conditions like cancer, diabetes, and arthritis.

Most healthcare experts agree that during the ever-worsening coronavirus pandemic, an already rising infection and death rate would climb if the Court strikes down the law.

The judges will hear California vs. Texas, which tackles Congress’ 2017 policy that removed the tax penalty from those who didn’t sign up for coverage under the health care law.

Republican state attorneys general filed a lawsuit claiming that the individual mandate is now unconstitutional because there’s no longer a tax penalty.

Democratic state attorneys general argue that if Congress wanted to end Obamacare, it would have done so. They argue that the Trump administration and the GOP have no replacement, and, importantly, the law is what Congress always intended.

The Obama administration instituted the penalty to ensure that the pool of insured would include young healthy people that might otherwise fail to sign up for health insurance.

Increasing and broadening the pool of insured Americans under the plan (most Americans still receive their insurance from their employers) reduces risk for providers and means that premiums will be less expensive for those Americans participating in either local or federal exchanges.

“The Affordable Care Act now dangles from a thread,” declared Nicholas Bagley, a law professor at the University of Michigan specializing in health issues.

Health care expert Seth Denson said it’s essential to understand the specifics about the case that the Supreme Court will consider.

Denson noted that the first time Obamacare came before the High Court, Chief Justice John Roberts, who wrote the majority opinion, was the swing vote upholding the law’s mandate.

He did so, stating the penalty found in the law was not a penalty but a tax.

The 2012 argument stated that Obamacare violated the Commerce Clause, that the government could not require someone to buy something.

“However, Justice Roberts upheld the law saying the Congress has the right to tax and the Affordable Care Act did not require someone to buy health insurance, rather it imposed a tax which could be avoided by purchasing health insurance,” Denson stated.

A component of the case judges will hear is “severability.”

“In their haste to past the Affordable Care Act in 2009, Democrats failed to include severability language in the draft of the law,” Denson said.

He explained that severability, in short, is a process where if one part of the law is found unconstitutional, it can be severed from the remainder of the law.

This provision isn’t part of the law.

“The 5th circuit did not rule on whether the individual mandate can be severed and sent it back to the lower court for further clarification. However, the justices will have to weigh in on this as well,” he offered.

“Judge Barrett has called into question the constitutionality of the Affordable Care Act, but that isn’t what the case in front of SCOTUS will argue,” Denson continued.

“What’s being argued is the mandate and whether it is severable from the law as a whole.”

“With regards to pre-existing conditions, it’s highly unlikely that they will ever be part of our healthcare system again – as my father says, the ‘toothpaste is out of the tube’ meaning that it would be political suicide to allow them into the conversation."