A shortage of research animals could delay a COVID-19 vaccine 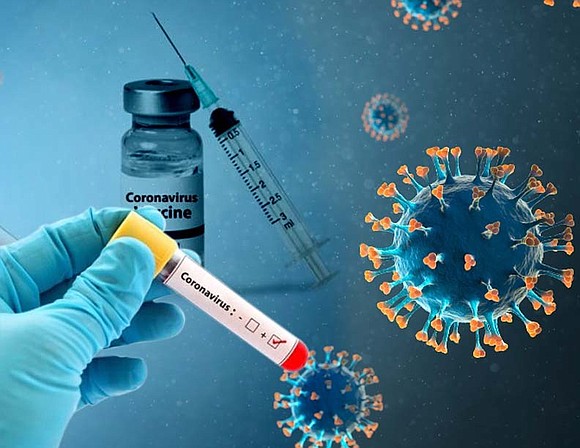 Research into vaccines and treatments for the coronavirus could soon stall for an unexpected reason -- a lack of research animals.

The National Institutes of Health warned in September about a shortage of nonhuman primates, such as rhesus macaques. Demand for research monkeys is soaring as companies and governments pour billions into COVID-19 research.

These shortages are deeply concerning. Animals play an indispensable role in virtually every medical breakthrough. The current shortages could hamper the fight against not just COVID-19 but diseases like cancer and Alzheimer's, too.

Before drugs undergo clinical trials in humans, scientists must test them in animals -- and for good reason. It would be unethical to try treatments in humans first.

Further, the coronavirus has similar effects on nonhuman primates and humans, recent studies have found.

It makes sense to investigate experimental drugs in nonhuman primates, which share more than 90% of their genes with humans, before giving them to patients. Mice genetically modified to respond to COVID-19 as humans would serve a similar purpose.

Animal models have proven instrumental in the race for coronavirus treatments. Consider remdesivir, an antiviral proven to reduce the duration of stays in the hospital that is now the first FDA-approved COVID-19 treatment in the United States. Scientists developed it through research in mice and macaques.

Or take Regeneron's REGN-COV2, a cocktail of monoclonal antibodies, or engineered proteins that act like antibodies when introduced in the immune system. President Trump famously received this treatment during his bout with COVID-19.

REGN-COV2 was developed this year in genetically engineered mice. It underwent testing in hamsters and several types of non-human primates before trials in humans.

Then there's "convalescent plasma" therapy, another approach that's shown promise. Scientists have transfused blood plasma from monkeys that recovered from the virus to monkeys with active COVID-19 infections. The monkeys that received the plasma had lower viral loads, less severe lesions in their lungs, and decreased levels of other disease indicators.

Research is ongoing in humans about the effectiveness of convalescent plasma against COVID-19.

Animal research has also proved crucial to the development of several vaccine candidates. Moderna's mRNA-1273 was the first tested in humans. Before that, it was shown to prevent COVID-19 in mice and macaque monkeys. It's now in the final phase of clinical trials.

Vaccines from Pfizer and BioNTech, AstraZeneca and the University of Oxford, and Novavax are likewise in the final phase of testing. All had previous success in nonhuman primate studies.

Critics of animal research claim these tests are unnecessary -- and that computer modeling would be just as effective.

It's hard to take that claim seriously, given how quickly research in animal models has enabled the scientific community to respond to the coronavirus. Less than a year ago, no one had heard of this novel pathogen. Now, effective treatments and vaccines are in the offing.

Computer models can aid biomedical research. But even today's supercomputers are not powerful enough to replicate the complex nature of a living being.

Throughout history, animal models have helped us vanquish polio, measles, and smallpox -- and withstand the worst that cancer, HIV/AIDS, and malaria could give us. If we're to defeat COVID-19, scientists must have access to the resources they need -- including animal models.

Matthew R. Bailey is president of the Foundation for Biomedical Research. This piece originally ran in the Pittsburgh Post-Gazette.