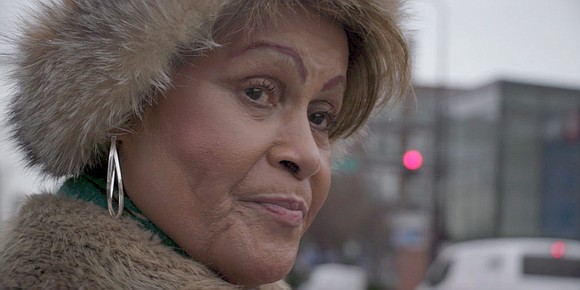 Mamma Gloria on the streets of Chicago's Boystown

Livestream Q and A with director Luchina Fisher and subject Gloria Allen tonight at 7pm CST.

In the 1965 edition of Purple and White Englewood High School yearbook, on Chicago’s South Side (my alma mater), George Otis Allen is listed as Purple and White editor and the school Sgt. At Arms. That’s a far cry from her later identity as Mama Gloria, the icon of Chicago’s Black transgender movement. Born in 1945 to a mother absorbed in her life as Club Delisa showgirl and “the Black Marilyn Monroe” cover model for Johnson publication’s Jet magazine, Allen suffered bullying, gang rape and ridicule as a girl trapped in a man’s body. Sneaking into the Park View Lounge, near Chicago’s Washington Park as a teenager, and into the drag shows at the Grand Ballroom, near ‘Sin Corner’, 63rd and Cottage Grove, Allen quickly got the idea that there was another reality awaiting. It wasn’t until much later, working as a lab technician at University of Chicago hospitals by day, and a weekend drag queen, that she decided to make the transition. “Stonewall was the turning point for me,” Allen said as archival forage of the Christopher Street Liberation Day March in New York City in 1970 rolled across the screen. The film is filled with marvelous archival footage from Chicago’s Dorothy Harsh public library collection of African-American history, and intimate photos gleaned from private individuals, such as my former Englewood schoolmate, Diane Goosby. This film captures the soul of its larger-than-life subject From director Luchina Fisher with sensitive camerawork from Stephen J. Lewis. For more, visit chicagofilmfestival.com.