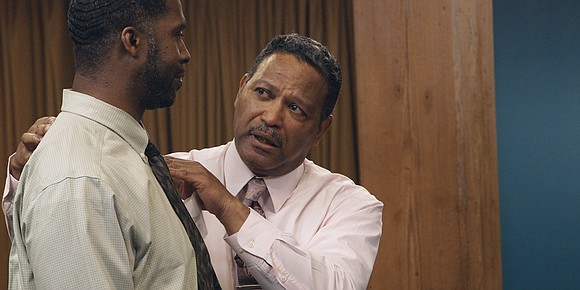 Meet Jesse Taverbaugh. He's a self-proclaimed combination con man, life coach, threatening mob boss and bullying jail warden. It’s all part of a day’s work at Cara, a job skills training program on Chicago’s near West Side for adults who have lost their way due to drug addiction, homelessness and criminal activity. Although most of the participants are African American, they could be just about anyone in these COVID uncertain times. The Road Up is a documentary drama in the Chicago Film Festival’s Documentary Competition, one of the City and State entries from the hometown writing and directing team of Greg Jacobs and Jon Siskel. "My title is Director of Student and Adult Affairs, which means I can get all up in your personal business!" Jesse presents as a benevolent dictator. The first step in Cara is a month long boot camp called Transformations. Few make it through. We first meet Kristen, a star high school student from small-town Missouri who comes to big city Chicago to make it on the celebrity scene as a talent coordinator at a popular nightclub. Instead, she winds up on the losing end of a heroin needle. “I stole something and they sent me to prison. It was scary. You wake up and there are six Big Berthas in your room who want to beat you to death over a package of oatmeal! “ We also meet Clarence, who swims in a sea of regret for spending most of his adult life in prison. “I couldn’t say goodbye to my mom who died. I have a 21 year old son who doesn’t even know me.” These are just two of the lost souls who find their way under the tough-love guidance of Jesse at Cara. The Road Up is a brutally honest film with an important message; that the biggest obstacle to success is you. It's a GPS signal that points the way out of this Rubik’s Cube life now presents.