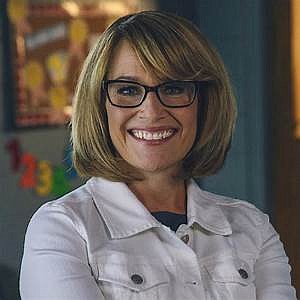 A woman who grew up in Joliet and taught special needs students is vying for a seat on the Illinois Senate against a man who says he supports the Second Amendment and opposes any form of socialism and communism.

Democrat Meg Loughran Cappel and Republican Thomas McCullagh are vying for the seat occupied by State Sen. Jennifer Bertino-Tarrant, who has served the 49th State Senate District since 2013. The district includes all or part of Bolingbrook, Crest Hill, Joliet, Montgomery, Naperville, Oswego, Plainfield, Romeoville , Shorewood and a small portion of Kendall County.

Democratic candidate Bertino-Tarrant will face former Braidwood Police Chief Nick Ficarello on Nov. 3 to determine who will succeed in following the footsteps of Will County Executive Larry Walsh Sr. who, retired in 2019 and passed away summer this year. Bertino-Tarrant defeated Nick Palmer, Walsh's chief of staff, in the Democratic primary back in March.

Cappel is a current Joliet Township High School Board member, whose grandfather, Francis Loughran worked as a trial attorney. Her candidate profile states that he was an advocate for people in Will County. She also is a member of the Shorewood Chamber of Commerce, served as cheer coach at Sator Sanchez Elementary School in Joliet and is on the American Federation of Teachers Local 604, an organization where she once served as a union representative.

For the last 12 years, Cappel describes herself as a "champion for equity in education for both teachers and students, offering them support from birth through higher education, and on to meaningful careers."

With a background in teaching, Cappel said education is in the forefront of what she wants to improve if elected. She notes her ideas are prevalent considering the disruption the coronavirus is having on the ability to deliver education to students.

Her plan for education in Illinois includes using evidence-based education funding formulas to lower property taxes across the state and ensure schools are more equitably-funded; work with community colleges and labor organizations to increase vocational training and trade programming; and ensure schools are adequately staffed with social workers and provide educators with more training and resources to increase social and emotional learning competency.

Health care is another issue Cappel promises to improve if elected.

"No one should be denied access to quality, affordable healthcare due to a preexisting condition, and no one should be priced out of life-saving medication due to corporate greed," she said.

Fighting corruption in Springfield and lowering property taxes for residents in the 49th District are among the reasons why Cappel entered the political arena, she said.

"Illinois’ high property taxes are forcing residents to leave the state and making it harder for small businesses to spread their roots," she said. If elected, Cappel promises to "take the burden of property taxes off the backs of working families by making sure the state pays its fair share in education funding and by providing tax incentives for small businesses to encourage them to continue operating in our state."

The coronavirus' impact on Will County and the 49th District is also worrisome to McCullagh.

"Do you feel (Gov. J.B. Pritzker) has gone too far with threatening to close down Will County again for the third time?" he said, advocating for "no more shut downs."

As the father of two and a small business owner, McCullagh said he is concerned about the fiscal shape of the State of Illinois.

"Flawed leadership has caused our state's debt to spiral out of control," he said. "Years of failed policies and irresponsible spending have resulted in tax increases that are totally unacceptable. These unwise tax and spend policies of current office holders are driving working families and their employers from the state."

If elected, McCullagh promises to "fight to make better use of the tax dollars we send to the state by restoring sound fiscal management of all state programs and cutting waste where I find it. These are essential steps to take prior to reducing the tax burden shouldered by working families and the businesses who employ them."

"The current Illinois government feels our pensions are a checking account that they can always write checks from and never balance," he said. "People work their entire lives and faithfully contribute to their pension fund. At the rate our government has been spending now, our state employees will not have the luxury to retire. If we are to succeed as a state, people need to have faith that their retirement accounts and pensions will be safe from the sticky fingers of Illinois politicians."

McCullagh also promises residents of the 49th District that he will not waver from the Constitution and will stick to his conservative values that promote fiscal responsibility.

"I have an undying support for all our rights under the Constitution, not the least of which are our rights under the Second Amendment, and I will stand and fight to preserve those rights for every law abiding citizen," he said. "I will not bow or capitulate to any sort of socialist demands or communism in any form or in any bill I see."