"Begin Again: James Baldwin's America and Its Urgent Lessons for Our Own" by Eddie S. Glaude Jr. 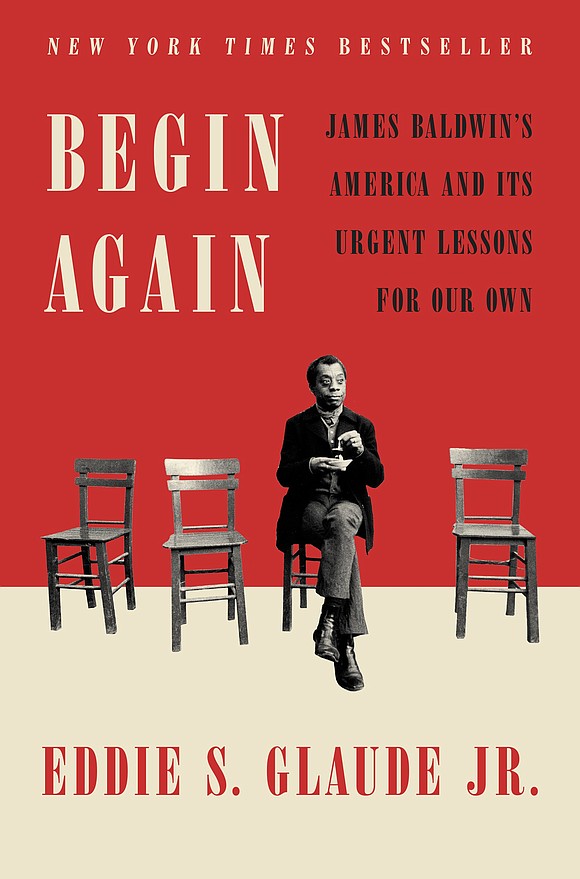 Did you see that?

Sure you did. You couldn't miss it, actually, because you can spot hatred, discrimination, and bad trouble a mile away. You know when something's wrong and you saw it; saw it coming, in fact, and you weren't alone. In "Begin Again" by Eddie S. Glaude, Jr., you'll know that a warning was sounded decades ago.

Every day, it seems like you catch the news and you cringe.

"It is exhausting," says Glaude, "to find oneself... navigating a world rife with deadly assumptions about you and those who look like you... for no other reason" than the color of your skin or your sexuality.

Author James Baldwin keenly felt both and in the midst of his career, he demanded, through his writing, that America come to terms with "this so-called democracy." Baldwin was tired of a "set of practices" Glaude calls "the lie," or "more properly several sets of lies" meant to keep racism alive in as many American systems as possible.

Baldwin saw "the lie" and it enraged him: once, early in the Civil Rights Movement, he made a group of Black college students promise that they would never take to heart "the lies" they heard about themselves. It's been said that he saw "the lie" and wanted to give "warning" to White readers of the battle to come, but in truth, Glaude says, Baldwin wasn't sure "whether white America was worthy of warning at all."

These are the things Baldwin spoke out against, says Glaude, and that we still grapple with – especially in the political climate in which we live. He believes "the divisions in the country feel old and worn," although we do have the tools to alter current racial and political climates. Baldwin, for instance "insisted that we reach for a better self..."

"With that in mind," says Glaude, "we have to gather ourselves to fight and to begin again."

In his introduction, author Eddie S. Glaude, Jr. says that he was in Heidelberg when he started this book, which gave him a unique perspective of the "current state of our politics." He says that he didn't write it as biography or literary criticism or history, although it ended up being "some combination of all three." This, plus a good measure of personal memoir thrown in, adds a different twist and makes "Begin Again" quite deep.

But not too deep: there's enough room here for readers to be moved by the parallels that Glaude draws between then and now, and how Baldwin perceived American society before his death. Glaude also presents Baldwin's constant fury and sadness over "the after times" (post-Civil Rights Movement) with an urgency that can still galvanize, though Baldwin has been gone for more than three decades.

So what would Baldwin have thought about our current administration? Glaude doesn't hypothesize here, so we're left mostly to draw our own conclusions, to imagine, think, and to use Baldwin's words as a sort of guide out.

And for that, "Begin Again" is a book you'll want to see.