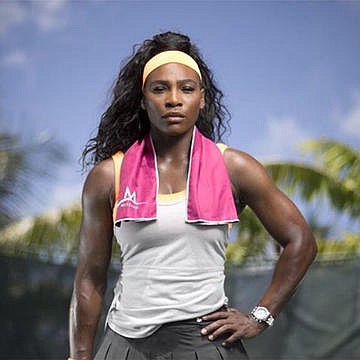 It’s the Second Round of the US Open. Former tennis great James Blake is in the ESPN announce chair in the practice court shed. Canadian Felix Auger-Aliassime is battling Britain’s Andy Murray on Arthur Ashe. Meanwhile, over on Louis Armstrong, Sloane Stephens is on her way to Round 3 against the Queen of tennis, Serena William after trouncing Olga Govortsova of Belarus. On the Outer Courts, unseeded American Frances Tiafoe is advancing into Round 3 after pounding Australian John Millman on 11, while Madison Keys is cruising past Spaniard Allona Bolsova.

US Open 2020 has the most well rounded roster of Black players ever. In a sport where inclusion was virtually non-existent for years, there is an explosion of super talent of color.

The matchup of Stephens vs. Serena Williams is the marquee event of the weekend. According to the pundits, the outcome of that match is an almost certain indicator of who the next US Open Women’s Champion will be. Williams is seeking a record tying 24th Grand Slam title this year.

Frances Tiafoe moves into the third round of the US Open for the first time in his career, facing Hungarian Marton Fucsovics. Madison Keys faces Alize Cornet of France on the main stage at Arthur Ashe. For more on the action, visit usopen.org.