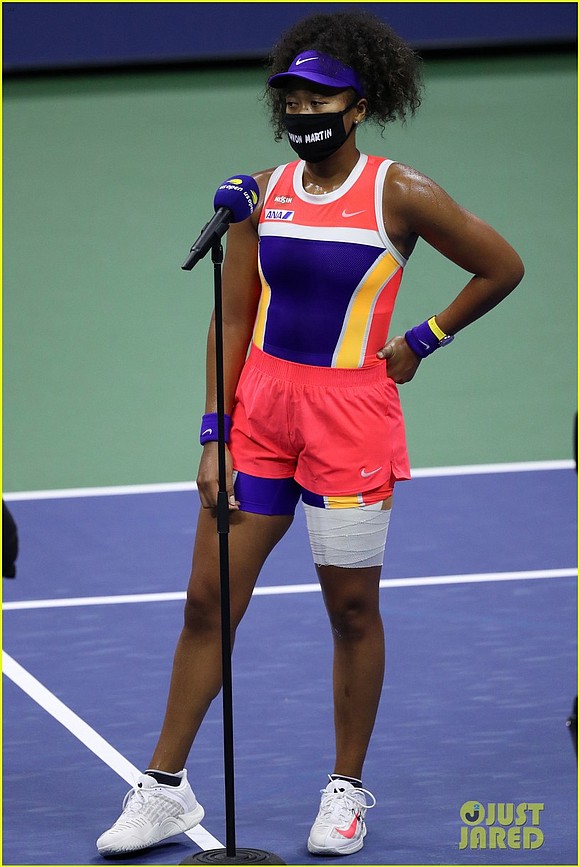 An ankle-impaired Serena Williams lost out on a possible rematch with Naomi Osaka in the 2020 US OPEN final. Victoria Azarenka bludgeoned the tiring superstar 6-1, 6-3, 6-3 to face Osaka in the women’s singles final Saturday at 3pm CT. Catch the match live on ESPN, ESPN.com or on the official site at usopen.org. Just click on ‘Watch Live’ in the upper right hand corner of the site to catch all the action.

Williams used her signature power serve and mighty cross-court backhand to surge past Azarenka in the first game. The tide began to turn in the second set, with Azerenaka beginning to write her own story with some significant shots deep into enemy territory. The denouement came midway in the second set, when Serena injured her Achilles tendon (how symbolic!), requiring a three-minute medical break for some significant mummy’s tomb wrapping. It proved to be prophetic. In spite of some brief flashes of the aces that powered her into the semis and a few confounding shots, Azarenka managed to pull off a win that was dazzling to behold.

“She won Cincinnati, so that’s good. She’s just the kind of person that always lifts herself to an unseen level. She’s someone you always want to root for, unless you’re playing against her, of course.” The two had paired off at least a dozen times over the years, with Azarenka winning their previous meeting.

Naomi Osaka previously knocked out a plucky Jennifer Brady in the afternoon tea set. She gave a Master Class to the rising American star in a match that showed that Osaka has the staying power to be the next reigning Queen of Tennis. Seeming to shed her shyness, she told a reporter in the post-match news conference that “I don’t live in the past,” when asked if she was losing any sleep over a possible rematch with Serena in the US Open final. Fortune had other things in mind and Osaka will meet Azarenka at 3pm CT Saturday at Flushing Meadows. Ironically, Osaka would have faced Azarenka in the combined Western and Southern that she declined to play in due to her protest over Black Lives Matter, so it will be an interesting match to watch. Catch all the action on ESPN cable or online or at usopen.org.