Moves from executive to county board 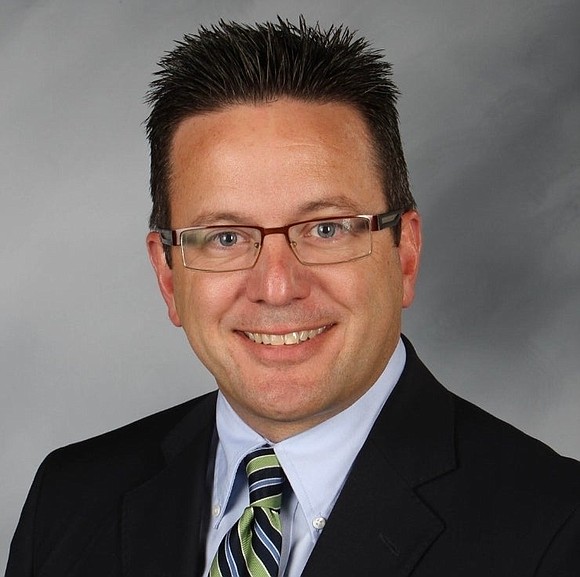 Nick Palmer, former top aide for the late Will County Executive Larry Walsh Sr., has been named Chief of Staff for the 26-member county board.

Will County Board Speaker Mimi Cowan (D-Naperville) named Palmer to the position and said he brings nearly two decades of experience in Will County government to the job. Palmer is set to being his new position on Nov. 2, a day before the General Election.

Palmer, who was endorsed by Walsh, lost his bid to be the Democratic candidate for County Executive to State Sen. Jennifer Bertino-Tarrant in the March Democratic Primary. Bertino-Tarrant defeated Palmer by a substantial margin, receiving 51,396 votes to Palmer’s 23,173 votes. She will face Republican candidate Nick Ficarello, a former Will County Investigator, in the November election.

Will County Board Speaker Mimi Cowan has named Nick Palmer as Chief of Staff for the 26-member county board. Palmer, a Joliet native, was formerly top aide for the late County Executive Larry Walsh Sr. and brings nearly two decades of experience in Will County government to his new position.

“We could not have found a better, more experienced individual than Nick Palmer to oversee county board matters and legislative issues,” said County Board Speaker Mimi Cowan (D-Naperville). “Nick has worked closely with the Will County Board for 16 years and he will hit the ground running on day one when he assumes this post.”

Palmer will replace Moira Dunn, who resigned on Aug. 7th. She had been appointed by former Will County board Speaker Denise Winfrey, who is now the interim county executive.

While the county board has yet to fully determine what Palmer will be paid, it is a lateral move for Palmer and his salary will be comparable to what he is making now as chief of staff for the county executive, according to Cowan.

“I think we’re really fortunate to retain him at the county,” Cowan said.

“I intend to bring the historical knowledge and years of experience that I’ve gained in the executive’s office and use it to build upon the county board’s achievements," Palmer said. “We have had great success over the years working together.”

In addition to managing operations of the county board, Palmer said his priorities will be in the areas of transportation, fiscal responsibility, and maintaining the quality of life for local residents. Palmer believes his experience will help build consensus and accomplish the goals that the county board has set.

Palmer, 46, resides in Bolingbrook with his wife Laura and their four children.