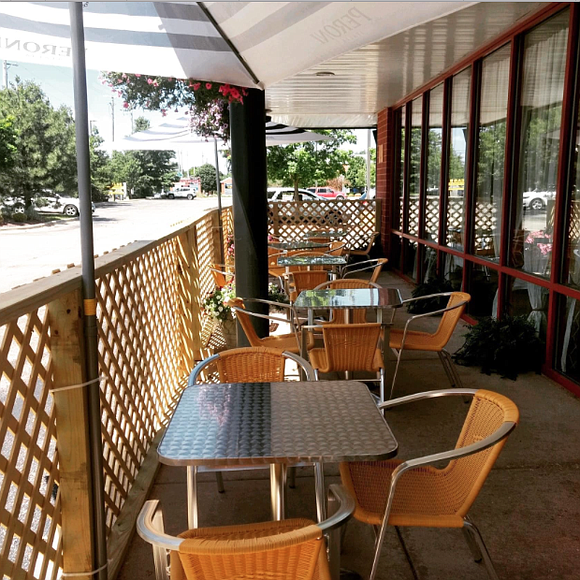 Barola Ristorante in Joliet has fared better than most during the pandemic as a result of having outdoor dining.

On the same day the Illinois Department of Public Health dropped Will County from the state’s warning list of regions nearing a Coronavirus positivity rate of 8 percent, some area Republicans held a press conference to denounce Coronavirus statistics from both the state and county's heath departments.

While the IDPH announced Friday that Region 7, which includes Will and Kankakee counties, had been dropped, the region remained under mitigations of no indoor bar and restaurant service until the COVID-19 positivity rate drops to 6.5 percent for three consecutive days. That could possibly happen this weekend, IDPH officials said.

Will County Republican Committee Chairman George Pearson, who was among the Republicans to hold the press conference on the steps of the Will County Courthouse on Friday morning, continued to dispute numbers from both the IDPH and the Will County Health Department this week. He said despite being dropped from the warning list, the mitigations are still in place and continue to adversely impact businesses, especially bars and restaurants.

“It’s the same as being on the warning list,” he said.

Chef Guy Turi, owner of Barola Ristorante, 2765 Black Road in Joliet, said it’s been tough. He has two patios for customers to dine outside and he also offers curbside pick-up and delivery through services such as DoorDash and GrubHub.

“I feel bad for those that don’t have patios,” Turi said. “But there’s nothing we can do.”

Turi has had to lay off a couple of employees due to business being done during the mitigations. His restaurant has indoor dining for up to 150 people, but that’s been closed to the public since March.

Turi said he has been in business in Joliet for more than 20 years and has gone through some tough times in the past, but nothing like this. “This is a little different because the government is involved,” he said, referring to the mitigations put in place by the state.

Mike Paone, vice president of governmental affairs for the Joliet Region Chamber of Commerce & Industry, said the recent stricter mitigations that went into effect for Will County further tied the hands of businesses. Like Pearson, Paone also is “questioning the set of data that is being used to determine the 8 percent line for the Region 7 mitigation measures and again the same data for getting under the 6.5 percent line.

“After digging into the data, we found that the information provided on the Will County site is reflective of the total number of positive cases, not tests,” Paone said. “These numbers are best used to determine cases per 100,000. Finally, we found out after receiving data and a letter from IDPH, that the data being used to determine the 8 and 6.5 marks are in fact based on the total number of positive tests.

“We believe that this is not the best way to make a decision for the region shutdowns as the better metric to use would be the total cases rather than total positive tests,” Paone added.