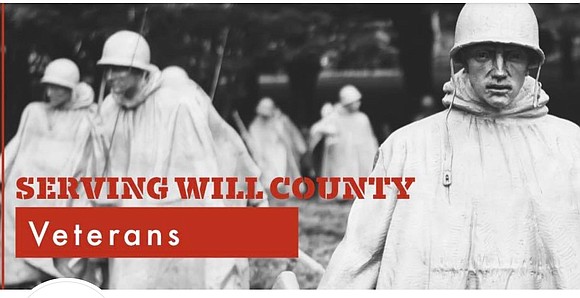 A complaint filed against the Veterans Assistance Commission of Will County (VACWC) by Stop NorthPoint LLC volunteer spokesperson Erin Gallagher alleging the commission violated the Open Meetings Act (OMA) has been rejected.

Gallagher filed the complaint earlier this month with Illinois Attorney General Kwami Raoul’s office asking the office to review “potential violations of the Open Meeting Act” and that the VAC planned on “holding a private meeting on March 11, 2021.”

As part of her request for review, Gallagher provided Raoul’s office with a copy of an e-mail sent by the VAC’s Superintendent Kristi McNichol stating the commission would be hosting a March 11, 2021, “discussion regarding the NorthPoint project and the NorthPoint Director of Development had agreed to present and address any concerns the Post Commanders of Will County have.”

Gallagher alleged it was a “secret meeting, not open to the public” and asked Raoul’s office to prevent the meeting from occurring.

“At the time you submitted your Request for Review, however, the March 11, 2021, discussion had not yet occurred,” Laura S. Harter, Raoul’s Deputy Bureau Chief of the Public Access Bureau, wrote in her decision regarding the matter.

“No violation related to that event could have occurred until it took place. Accordingly, your submission was premature, and this office lacks the authority to review your allegations. This office also notes that the requirements of OMA apply when a public body holds a ‘meeting.’ ”

According to McNichol, the VAC decided to host an event to inform Will County veterans on the NorthPoint project that was deemed a “veteran issue.”

“It was disappointing to receive notice of the alleged OMA violation on 10 March 2021,” McNichol said.

Gallgher, however, continues to cry foul.

“Once again NorthPoint is being sneaky because they don’t think the rules and laws apply to them,” she said. “The Will County VAC used taxpayer money to hold a secret NorthPoint meeting exclusively for its board delegates with zero public notice and zero public participation.”

According to McNichol, the goal of the VAC event on March 11, 2021, was to “receive information from NorthPoint Director of Development Tom George, sitting with Will County Veteran Advocates, also Community Leaders, who can listen and speak for themselves. There was online attendance from veteran advocates across the state.”

She added that all veterans should be given the ability to be informed on any ‘veterans’ topic that is raised in the community. “Information sharing is the primary goal of the VAC of Will County,” McNichol said.

While Gallagher and others involved with Stop NorthPoint LLC have alleged the development will negatively impact Abraham Lincoln National Cemetery, McNichol disagrees.

The development of NorthPoint, she said, will not hinder VAC of Will County in assisting veterans, or their spouses, to qualify for burial at Abraham Lincoln National Cemetery. Nor will it hinder ceremonies performed by ALNC Honor guard, McNichol said.

NorthPoint, McNichol said, is a community issue that has a more regional impact. “The conversation was initiated so that we, community leaders who are veterans, can have a discussion regarding a community issue,” she said. “Community growth and impact does not happen in isolation of our role as leaders nor only impact us in our veteran roles.

“We cannot exist as silos, standing alone in one role, while functioning in another. … When we function only as veterans, and not within our responsibility as community leaders who are veterans, we shrink our inherent and earned place at the table of conversations. We served our country and now serve our community. The entire conversation was with the intent to discuss the best way we serve our community on this issue. People didn’t fight and die for freedom of speech to have it quashed with inaccurate accusations of violations that did not occur.”

The project, McNichol added, deeply impacts the community. She said it is “beyond

offensive to infer that we as VAC of Will County and I, as Superintendent, do not have the highest regard for our fallen service members. I do and at the same time, it is my responsibility and privilege to raise every veteran voice in Will County, not just those that can afford or choose to seek legal counsel.”

Every veteran, McNichol added, is held in the highest of esteem in the VAC office and

“the informational event held on March 11, 2021 is just one more example of how VACWC makes that a reality every day, on every topic.”

McNichol said she hopes Will County community members do not allow voices to be diluted by the notion that veterans are going to be harmed by development in their area.

“Veterans do live in the Villages of Manhattan and Elwood, and they certainly will feel the impact of industrial development of that area,” she said. “But, taking on the role as ‘Community Leader, who is also a veteran’ would give them a larger podium to stand on, rather than silo’ing themselves into the veteran only role. Elwood & Manhattan Veterans are community leaders who earned the right to be at the VAC event on 11 March 2021, many showed up and their voices were heard. Veterans deserve a seat at the table for discussion. The alleged OMA Violation appeared to be an attempt to keep their veteran voice, and all veterans’ voices, silent and submissive.”

Gallagher said other veterans as well as herself called and e-mailed to get access to the meeting and “got no response. “While the AG wouldn’t review our complaints before the meeting occurred, now that it has, we have every reason to believe the AG will determine the secret meeting blatantly violated Open Meetings Act.”

Gallagher also attempted to file an official complaint with Raoul’s office against McNichol alleging that she violated her duty to veterans by “putting the interests of NorthPoint Development ahead of veterans’ best interest.”

However, Harter in her written decision, said “The Public Access Counselor’s authority to resolve disputes is limited to alleged violations and OMA and Freedom of Information Act. … Accordingly, your complaint regarding Ms. McNichol is not subject to review by this office.

“For the reasons stated above, this office will take no further action as to this matter and this letter closes this file.”