Eyewitness and video accounts all confirm the obvious; George Floyd was murdered! 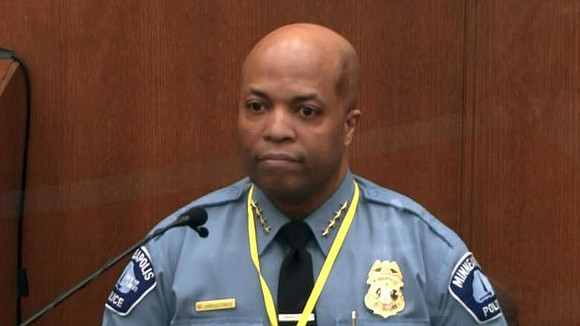 The ‘trial of the 21st Century’ is a dramatic film happening before our very eyes in real time. Never before, not even in the spectacularly famous, and well-documented OJ trial of the last century, has the entire sum and substance of an alleged criminal act been subjected to such scrutiny and been confirmed by such overwhelming visual evidence. In other words, the tapes don’t lie!

Most obvious is the fact that, unlike in the OJ era, when there was only the rudimentary beginning of cell phone and video technology. The smart phones camera was still decades away.

Rodney King’s cause was advanced by an alert citizen’s use of a home video camera, which was primitive and somewhat limited technology of the time. It showed a somewhat one-dimensional view of LA cops whaling on him. Unfortunately, it wasn’t enough to sway a jury or to stop the city from nearly burning to the ground.

Neither of these incidences even approaches the level of visual immortalization of George Floyd’s summary execution.

Legendary Japanese director Akira Kurosawa derives the term ‘the Rashomon effect,’ from the title of the landmark 1950 film of the same name. In it, a murder is described from the vantage point of four different witnesses. Each of their accounts differs substantially. The film is an exercise in the dynamic of subjectivity versus objectivity in human perception and memory.

In the case of George Floyd, the Rashomon effect operates in reverse. Because of the cell phone technology, everyone is a ‘live reporter on the scene,’ recording events in real time and posting them on the Internet via social media. Like the Peter Sellers character in the movie ‘Being There,’ we are all constant witnesses to history and simultaneously, its chronicler. Casual passersby shot video of the transgression of George Floyd on the spot. Police body cam images and surveillance camera footage combined to create a panorama. George Orwell was right. Big Brother is everywhere!

Are there more images to be had from the NASA Space Station? I wouldn’t doubt it.

Minneapolis Police Chief Medaria Arradondo, who fired Chauvin, (don’t you just love that name. You can’t make this stuff up!), laid it out to the defense in no nonsense fashion:

“Once there was no longer any resistance, and clearly, when Mr. Floyd was no longer responsive, and even motionless, to continue to apply that level of force. That, in no way, shape or form, is anything from policy; it’s not part of our training, and it is certainly not part of our ethics or our values.”

The defense continues to claim that Chauvin had some latitude to exercise extreme force in the heat of the moment. The questionable manner in which he restrained Floyd was allowable according to previous department guidelines, the defense claimed. Again, Chief Arradondo’s set the record straight. “This was murder!” he said emphatically in a June 2020 interview. End. Full Stop, as Ari Melber of MSNBC likes to say.

Chief Arradondo then put a finer point on it. “While it is imperative that our officers go home after their shift, we want to ensure that our community members go home too. So, the sanctity of life is absolutely vital, and is one of our pillars.”