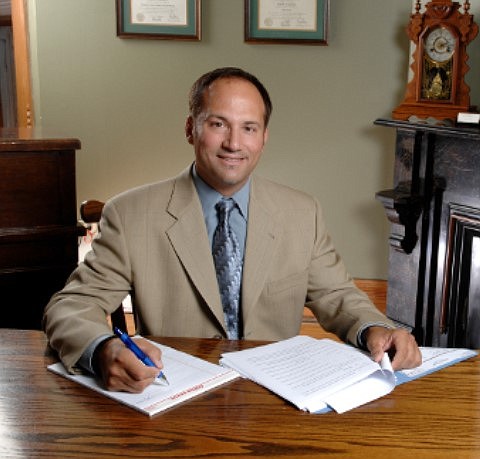 John Argoudelis is the projected winner, and will be the new mayor in the Village of Plainfield.

With the election results from April 6, new leadership will now serve the Plainfield community.

By just 242 votes, John Argoudelis is the projected winner, and will be the new mayor in the Village of Plainfield.

Argoudelis defeated longtime community volunteer and current village trustee Margie Bonuchi. Current Mayor Michael Collins has been village president since 2009 and previously served as village trustee from 1999-2007, decided not to seek another term.

Argoudelis, a local attorney, was a former member of the Will County Board and supervisor of Plainfield Township. Bonuchi has been on the village board since 2009 and is a technology administrator for Plainfield Community Consolidated School District 202.

Write-in candidate Al Tinsley is the winner in the Plainfield Township Supervisor race receiving only 604 votes. Though incumbent Tony Fremarek received nearly 3,000 votes, those numbers have been declared invalid by the Will County Clerk's Office as he removed his name from the ballot in the April 6 election after public outcry over his federal indictment charges. Because Fremarek withdrew his candidacy after the Jan. 8 deadline, his name still appeared on the ballot.

Fremarek, 49, was arrested by the U.S. Secret Service earlier this year after he allegedly took $1.4 million over six years from a technology consulting company in Schaumburg to fund personnel expenses, including payments on his credit cards. He was employed at the company during that time.

According to the charges, Fremarek allegedly made false entries in the company's accounting system over a six-year period by making it appear payments went to legitimate vendors. He was charged with six counts of embezzling from his employer.

Fremarek pleaded not guilty in U.S. District Court on charges of wire fraud and making false statements to a financial institution. A federal magistrate judge in Chicago released him on a $250,000 recognizance bond.