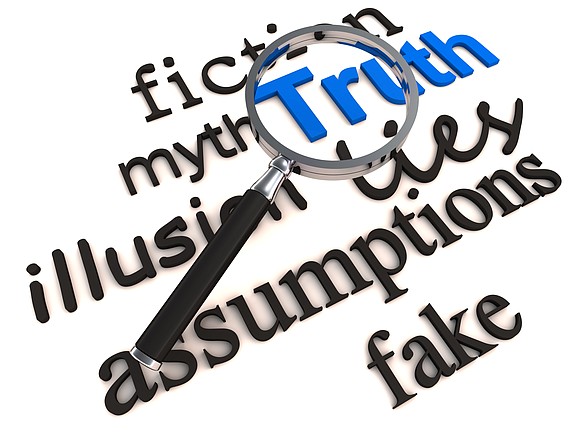 Most of us have considered the various risks that exist in our everyday lives. Most of us tend to ignore those risks if we perceive they are not an immediate threat to our wellbeing. While the risks may be apparent, we all tend to go on with our daily lives without allowing them to curtail what we do, with some exceptions of course. In other words, life goes on.

The amount of information available seems to have separated us rather than bring us together. I sometimes struggle when I am preparing to compose my column with “transparency” and “information.” It’s probably always been an issue for many of us who try to provide news and opinion, we just didn’t always have the opportunity to know everybody’s “facts.” Added to the elements of “truth,” “transparency,” and “facts” is the element of fear. Fear is often used to make an issue hard to ignore.

What does all of this mean? For me, it’s meant that trying to present a balanced view of an issue for this column, has become almost impossible. For instance, take the pandemic. Over 572,000 people in the U.S. have died of the COVID 19 virus, according to most reports from private and government sectors. The “facts” regarding the pandemic often differ from one extreme that says the number from COVID deaths has been inflated and the opposite extreme that says the number is substantially higher than 572,000. These extremes lead to a debate about the necessity of wearing a mask and social distancing. This in turn has caused many to hesitate about the willingness to be vaccinated. However, more than 32 million in the U.S. have been infected with the virus. Many have suffered long term effects of the virus. Vaccination seems like a no-brainer, but “facts” sometimes get in the way. For my part, I’m vaccinated and so is my spouse. The consequences of vaccination seem to outweigh the risk of not vaccinating.

Another ongoing issue is gun violence in America. “Facts” often cloud the issue. There is little question that gun violence is greater, by far, in our country than in other countries of the world combined. Carry a gun? According to some, it’s an absolute right guaranteed by the Constitution. According to others, all gun owners should be regulated with some types of guns banned. Who is right? I don’t know, but we should be able to have a national conversation about it.

One last thing… attitudes differ about many things often brought on by the transparency of facts. For instance, the just released census information (if you can believe it, according to some) shows several states losing population, including Illinois, while some southern and western states, such as Arizona, are gaining population. Some experts say taxes and jobs are the cause of population shift. Maybe, but some of those moving should consider the possibility that water sources in western and southern states such as Arizona are drying up, according to recent reports. Low taxes and jobs could become meaningless without water to sustain a desirable life style. There are always pros and cons with any issue. By the way, overall, the U.S.A. manages a net gain of one in population growth every 40 seconds.

We should be able to have a debate about all of the above without all the anger and hate being displayed and used against each other. Yeah, it’s Pollyannaish, but if we don’t resolve these issues, where will it end?