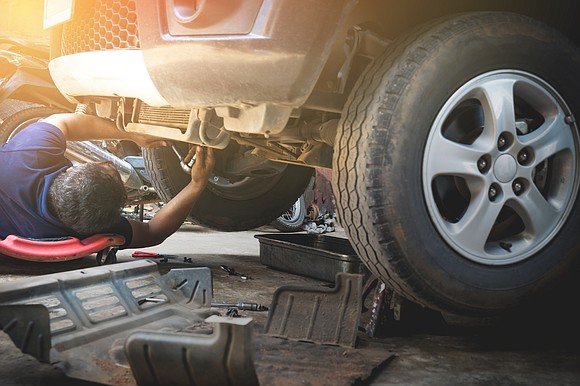 Auto mechanics in Illinois could have their wages protected under a new state law that is slated to take effect early next year.

Government is apparently intervening to ensure fair wages for a certain sector of blue collar workers.

Currently, auto-mechanics who work for car dealerships that provide warranty repairs are not compensated fairly for their skilled labor. This legislation ensures that auto-mechanics are paid for the actual time and labor it takes to repair vehicles that are under warranty.

“Protecting middle class jobs for hard working men and women remains our top priority,” said State Representative Lawrence Walsh, Jr. (D-Joliet). “I am proud that this legislation gives highly skilled auto-mechanics the stability and the compensation that they deserve. I thank Governor Pritzker for his continued commitment to standing up for middle class families across the state.”

“House Bill 3940 ensures highly skilled auto mechanics are compensated at the same rate regardless of whether the vehicle is under warranty,” said Tim Drea, President of the IL AFL-CIO. “This bipartisan legislation is a win for workers, consumers and local business owners.”

“HB 3940 ensures auto mechanics are fairly compensated for their work, providing much-needed protections for the workers who serve as the backbone of our economy,” said Bob Reiter, President of the Chicago Federation of Labor. “The Chicago Federation of Labor stands with the International Association of Machinists & Aerospace Workers, IAM Mechanics’ Union Local 701, and the thousands of hard-working auto mechanics in the Chicagoland area who perform this essential work. We thank Gov. Pritzker for signing this important piece of legislation today, as well as Sen. Belt and Rep. Walsh for their tireless efforts moving this bill forward throughout the legislative session.”

“A shortage of technicians at franchised dealers has been a problem for many years,” said David E. Sloan, President of the Chicago Automobile Trade Association. “This new law will go a long way toward solving it.”

“We fight tirelessly to improve the working conditions of our members, whether it is at the negotiation table or working with our legislative partners,” said Sam Cicinelli, Directing Business Representative - IAM Mechanics Union Local 701. “We championed this cause and partnered with the Illinois State AFL-CIO, the Chicago Federation of Labor and our dealer-employers in promoting this common-sense legislation that advances our guiding goal of fair pay for work performed. We’re pleased and thankful to the State legislature and the Governor for proactively addressing a real issue that negatively impacted our Illinois dealerships and the technicians working in our industry.”

The legislation builds upon the administration’s ongoing work to put Illinois on the side of working families. The administration has already passed a massive capital bill that put tens of thousands of people to work, raised the minimum wage, reached a fair agreement that raised wages for state workers, and put Project Labor Agreements (PLAs) in place. Once the pandemic hit, the Governor implemented workplace protections and helped thousands of small businesses their and employees through the Business Interruption Grant program.