Joliet mayor wants other communities to ‘step up’, help homeless 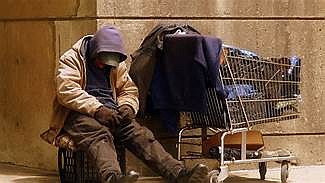 A proposal by to turn a hotel in Joliet into more housing for the homeless has stirred up some controversy.

“Let someone else step up,” he said.

Officials from neighboring communities were mixed on the homelessness issue in Will County. Romeoville and New Lenox officials never responded to questions from The Times Weekly about the homeless issue. A Lockport city official said he has yet to see a homeless person in that community in the eight years he has been there.

“Lockport does not have a homeless population that I am aware of,” City Administrator Ben Benson said. “I am sure Will County does, but mainly in Joliet.”

“Generally, the police department makes contact and offers assistance to the individual with services that are available in Joliet and/or the Will County area such as the Morning Star Mission, etc…,” De Boni said.

The Plainfield Public Library tries to help the homeless by connecting them with services in either Aurora or Joliet. Lisa Pappas, the library’s director, said there is a lack of social services in Will County that can assist. Another problem is lack of public transportation to those social services, she added.

Morning Star Mission officials want to use the $5 million granted by the county to purchase the Quality Inn, a 65-room hotel at 135 N. Larkin Ave.

The issue is Morning Star is facing resistance from Joliet. The Zoning Board of Appeals this past Dec. 17 voted unanimously to deny Morning Star a special use permit that would enable the non-profit organization to use the hotel for its housing purposes.

Morning Star’s next stop is the Joliet City Council. That could happen sometime in March or April, according to Sandi Perzee, Morning Star Mission’s executive director.

According to Perzee, Morning Star’s plan is to use the hotel for emergency shelter, transitional housing and permanent supportive housing for the mentally ill homeless individuals assisted by the mission.

Morning Star is currently providing housing for those individuals at 350 E. Washington St. Unfortunately, due to the Coronavirus pandemic and economic downturn the result has been more men, women and families in and around Joliet are losing their jobs, income and finding themselves in need of shelter.

Morning Star had to scramble to find beds for more homeless individuals back in March 2019 when COVID first hit and Day Break, another homeless shelter run by Catholic Charities at 620 E. Cass Street, had to close its doors because it was unable to keep the homeless socially distanced, Perzee said. That’s when Morning Star first turned to using rooms at the Quality Inn on Larkin, she added.

Will County board member Rachel Ventura (D-Joliet) said there is a growing homeless population and everyone needs to be proactive. The Will County Continuum of Care has worked hard with 60 agencies to maximize tax dollars to help people get back on their feet, she said. Joliet, she added, needs to attract living wage jobs and provide housing.

“We need to keep people in their homes while we work through COVID,” Ventura said.

“The most recent CARES dollars has rent assistance and we are working to get those dollars to people who need it. But even before COVID we needed more transitional housing, the pandemic has only made it more dire. So how does Joliet plan to address the housing needs of its residents and those who need a roof over their heads? The county and the COC had a plan. Where’s Joliet's plan?

O’Dekirk said Joliet has done plenty for the homeless for many years by opening the city up to the homeless shelters in place now.

Ventura said tax dollars are being used in other hotels to provide shelter for the homeless on a temporary basis. The Quality Inn purchase, she added, “would allow the city to have a cheaper option to house individuals especially families who need this while we find them more permanent housing. It keeps people off the street, keeps them safe, warm, and healthy so they can work towards getting back on their feet.”

She said if Joliet wants to propose other ideas, county officials are willing to listen and work with them. “But the truth is they have ignored the homeless for far too long,” Ventura said. “Continuing to only attract warehouse jobs that are primarily temp jobs that do not pay over $15 an hour is part of the problem. How does Joliet want to fix the problem? Ignoring the problem is not a solution.”

Officials from the Morning Star Mission are considering taking their request for the special use permit for the hotel before the Joliet City Council. If it gets rejected, the next step would likely be legal action through the Civil Rights Division of the U.S. Department of Justice, according to Perzee.

O’Dekirk denies Perzee would have a case as Joliet already provides homeless shelters in the city.