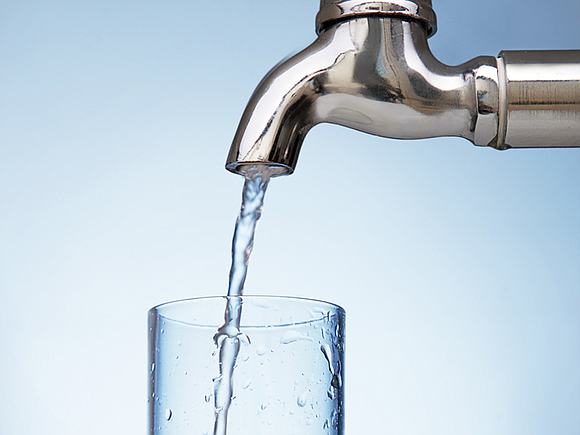 Joliet decided last week how it plans to access Lake Michigan as the sustainable source of drinking water for the next 100 years for Joliet residents. They have partnered with the City of Chicago for the solution. What could possibly go wrong?

It will be almost 10 years before Joliet residents will turn on the tap at home and water flows from the world’s largest surface fresh water source, The Great Lakes. More than 40 million people get fresh water from The Great Lakes. As I have pointed out in previous columns on this topic, I was a member of the Water Commission that helped vet the various water source options for Joliet. Continuing to use the aquifers currently providing Joliet’s drinking water was never an option. The options that were available besides Lake Michigan did not provide the sustainability or the quality of water required. Choosing Lake Michigan was, frankly, a no brainer. Almost 83 percent of the Chicago region uses Lake Michigan for drinking water. All of this is, or should be, common knowledge by now.

From the very beginning of the quest for a water source it was acknowledged by almost everyone involved that it would be expensive. The final decision of how to access water from Lake Michigan came down to how much it would cost. Remember, that the cost of the project extends over a period of some 30 to 40 years. Yes, those big upfront numbers seemed daunting. But in the simplest of terms, the difference between running a pipeline from Hammond, Indiana or from the City of Chicago the out-of-the-faucet cost to Joliet residents is less than $11 per month, on average, about 20 years from now according to the published information. What did we give up for such a small amount? We ceded control of future water rate increases to the City of Chicago.

Put another way, Joliet has opted to be a renter of water facilities versus an owner of water facilities. The city wants to make sure our best interests are served so they hired a consultant on a no-bid basis to navigate the process over the next 10 years to the tune of $24 million. Will there be any additional fees that will crop up during that 10 years? We don’t know because its 10 years down the road. Will Chicago have any necessary changes not currently reflected in the cost numbers? We don’t know because its over the next 10 years. A recent article in Crain’s Chicago Business states Chicago’s aging water infrastructure is in constant need of repair. Has this cost been factored into the partnership with Chicago? We don’t know because its 10 years away.

Joliet is not alone in the story about a sustainable water source. This last Sunday’s Chicago Tribune ran a story that was right next to the decision story about Joliet’s partnership with Chicago. Seems the Chicago City Council is concerned about affordable water bills for its own residents. A radio station in Plano, WSPY, ran a story about three communities, Oswego, Yorkville and Montgomery hiring a lobbyist firm to seek Federal funding for a new water source. They may want to partner with Joliet as a participant to receive lake water through Joliet. Will they have the necessary funding to partner with Joliet for drinking water? Chicago must build a Pump station and also a reservoir as part of the deal. Will that cost change as part of the deal? We don’t know because it occurs over the next 10 years.

What could possibly go wrong? We don’t know because…you guessed it; all of this occurs over the next 10 years.

Joliet has made a decision that will affect residents for the next 50,75, maybe 100 years from now. Is it the right decision to “rent” instead of “own” our destiny for a sustainable water source? We probably won’t know the best answer to that question for another 20, possibly 30 years. Time will tell.

One last thing…just a short subject. Have you been scheduled to receive a COVID-19 vaccine shot? Most haven’t so don’t feel alone. According to the latest info on the subject, you sign up online or call a hotline and you are put on a list for a call back with an appointment time. In other words, the message is “we’ll let you know. Don’t call us, we’ll call you.” Some system. More like a free-for-all. I am a veteran and the message to me from the VA was the same until I contacted them to see when I could expect a call. I was told the rule had changed and I needed to call to schedule an appointment. So, I did and got an appointment at Hines VA medical center. Three months from now. So much for following the rules. Better keep wearing the mask.