OP-ED: Where we go from here 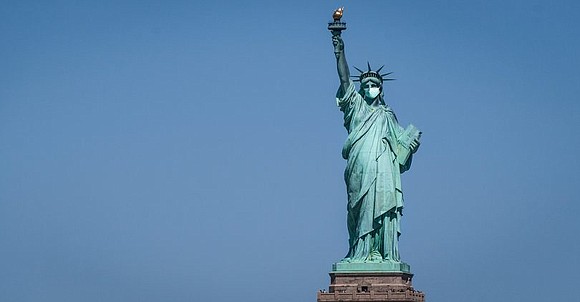 A month into a tumultuous start of a new year, a new year following the most chaotic year in America that any living person can remember, I am seeing signs that the work in the streets and in our hospitals and at our voting booths far and wide, are saying even in states no one thought we would have captured after 2016, that even though we have been hit hard on so many fronts, it’s our front line that is now advancing for the greater good. It is divisiveness and hate that must retreat; it is science that will now confront COVID-19. And it is Americans of color who overcame at the polls to deliver the House, the Senate and the Presidency.

Contentious as it was, more Americans voted in the 2020 election than in any other election in 120 years. And look at what we did together.

We elected in a historic runoff election, the first Black Senator from Georgia in more than a decade in Reverend Raphael Warnock. Rev. Warnock, the pastor of the historic Ebenezer Baptist Church — where Dr. Martin Luther King Jr. once was pastor — has dedicated his life to service and ministry. And we tipped the U.S. senate for hard working men and women by also delivering his fellow Georgian Jon Ossoff.

The voters of New Mexico became the first state to send a delegation to the House of Representatives made up entirely of women of color. And this 117th Congress is the most diverse in our country’s history just as President Joe Biden’s cabinet promises to be.

So, for me, 2021 is about hope and about working for a better life for all and a better nation together as we rise from the terrible test that 2020 has been. It is about recommitting to one another and to good works to help our brothers and sisters in need. And even before we voted for inclusion, we were already making good trouble. White, Black and Brown nationwide took to the streets this past spring and summer to ask our nation — to demand of our nation — that we address the systematic racism that has plagued this country since its founding. That has torn the very fabric of our country and created so much pain and loss. With one voice, all were saying: “Please, at long last, fix this.”

Our path is clear

It is time to think not of ourselves, not of what divides us, not of our differences, but of our common good. It is time once again to remember that there is much, much more that unites us than divides us. Those that would seek to divide us, do not want us to see this truth. But it is here and it is powerful. And we must embrace it. We must together reform policies and institutions and thinking where injustice resides and restore people to the status of neighbors, not opponents.

With those words, he inspired a generation of Americans.

So, this is our time. It is time for our generation. Our historic moment. There are Americans who need our help. COVID has ravished us as nothing we have ever experienced. But here too I see hope ahead. I see President Biden moving quickly to put battling COVID front and center and to put good practices and science and the federal government back in the driver’s seat. I see us recommitting to our better angels, to help fellow Americans who are suffering and struggling.

In this vein we must also support our veterans. Those brave men and women who make the greatest sacrifice to protect all of us and our great nation. And we must participate in this democracy of ours, just like we saw in this past election.

We must stand strong and united against bigotry and hatred and heed the call we saw this past year as hundreds of thousands of Americans took to the streets to demand a fundamental change.

So, there is real work ahead, but I believe we are up to the task. Let us meet 2021 head on and with Solidarity. We are more than ready to bring our A game.

Are you all in?