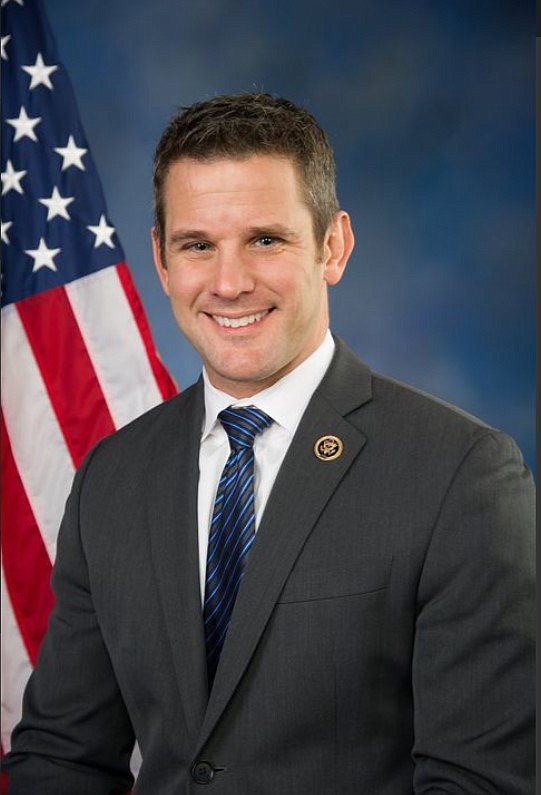 The Will County Republican Committee this past week voted overwhelmingly to censure U.S. House Rep. Adam Kinzinger (R-IL), of Channahon.

Will County is truly a microcosm of the country in myriad ways, and the same holds true for the county’s politics as evident from what happened this past week to a certain Republican U.S. House Rep.

Throughout the country, Republicans in the House and Senate have found themselves facing censure from what can only be described as “the far right” end of the Party in their home states, districts and communities.

That’s exactly what happened to U.S. Rep. Adam Kinzinger (R-IL) of Channahon. During its regularly scheduled meeting held this past Thursday, Feb. 18, the Will County Republican Committee voted to censure Kinzinger for his vote to impeach former President Donald Trump.

“Rep. Kinzinger’s feelings about former President Donald J. Trump is well known. We witnessed the support and then subsequent bashing of President Trump, after he refused to appoint Kinzinger as the Secretary of the Air Force. 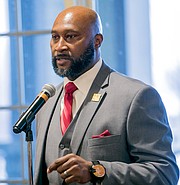 “The last straw was Kinzinger’s unconstitutional impeachment support against Donald Trump that quickly escalated to attacks on other duly elected Republicans in the Senate and Trump supporters. The Congressman’s launching of a Political Action Committee (PAC) to go after Conservative, Patriot Republicans demonstrates he no longer represents the 9,000 plus voters in the Will County portion of the district that supported President Trump. He disregarded other elected Republican Voters’ wishes across the United States in furtherance,” Will County Central Committee Chairman George Pearson said in a statement about the censure vote. The vote, according to Pearson, was 111-5 overwhelmingly in favor of the censure.

Kinzinger, however, defended his vote for impeachment. This was a statement he made just prior to the House vote to impeach the former president.

“Throughout my time in Congress, I’ve sought to do the right thing for the good of the people I represent and for the country as a whole. We are in unchartered waters here, and in a moment in history we have not experienced in modern times,” Kinzker said.

“On January 6, 2021, the President of the United States encouraged an angry mob to storm the United States Capitol to stop the counting of electoral votes. This angry mob turned violent and caused destruction to our nation’s symbol of democracy. This insurrection led to countless injuries and the death of several people, including two of our U.S. Capitol Police Officers.”

Kinzinger added there was no doubt in his mind that Trump “broke his oath of office and incited this insurrection. He used his position in the Executive to attack the Legislative,” Kinzinger said.

In his statement, Pearson further attacked Kinziner for remarks the congressman had made about the Will County GOP leadership being “inept,” adding that the comment did hold some merit. “As one of the elected Will County GOP leaders since 2010, Kinzinger has not walked a precinct nor attended a Will County meeting for over six years,” Pearson said. “He is speaking directly to his failure as well as his lack of understanding of how Democrats were allowed to carve up Will County into six various congressional districts with 12 Senate Districts, 15 Representative Districts. This is key to the failure of previous go-along-to-get-along Republican leaders. We are not surprised Kinzinger would revert to name-calling because his actions have been selfish and self-centered in the hope of helping him move into a bigger governmental office like the U.S. Senate. It has never been about representing the People of Illinois nor the 16th Congressional District; it is all about Kinzinger.”

After the Senate vote to impeach Trump failed to garner the necessary votes for impeachment, Kinzinger said throughout his time in Congress, he has sought to do the right thing for the good of the people he represents and the country as a whole.

“If we are willing to ask our young men and women to wear the uniform and sacrifice their lives for the good of the country, how can Members of Congress — the elected officials entrusted by the American people to serve them honorably — be unwilling to sacrifice their careers in order to save the country?

“Make no mistake, the damage being done to the state of our republic and the democratic values we hold dear is unacceptable,” Kinzinger said. “And the losses I’ll face pale in comparison to the stakes here. I am disappointed that the Senate was unwilling to hold former President Trump accountable for his actions. And I will be looking at alternate options to ensure responsibility and accountability so that what happened on January 6, 2021 will never happen again.

“We have a lot of work to do to restore the Republican Party and to turn the tide on the personality politics,” he added. “For me, I am at total peace with my decision on impeachment and my mission to restore the GOP, to uphold the principles we hold dear, and firmly put the country first. Our future depends on it.”

Pearson said the censure is a “formal rebuke” against Kinzinger’s “unilateral actions to raised money and attack over 74 million Americans and their elected Republican officials who supported Trump’s take-action and broker no BS attitude from the D.C. swamp. Our censure also states that we will work hard in the Primary to elect a Representative for the People, by the People.”