Obesity increases odds of a bad bout with COVID-19 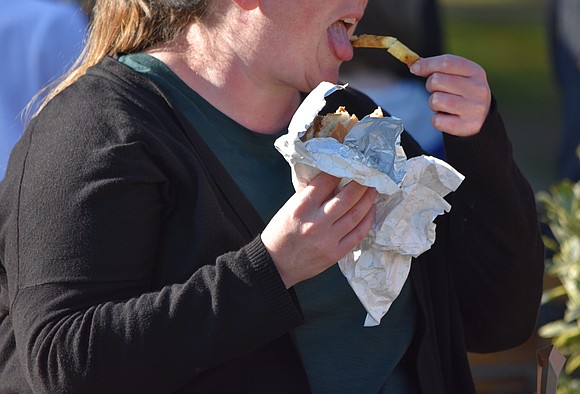 New Lenox - Obesity is a serious issue in America, affecting some three-quarters of the population, according to the Centers for Disease Control and Prevention.

To make matters worse, experts say those who are obese have a greater chance not only of catching COVID-19, but to become seriously ill with the virus.

"People who are obese are more likely to have underlying medical conditions such as diabetes, hypertension and heart disease, which can leave them more prone to COVID-19," said Dr. Brian Lahmann, renowned bariatric surgeon at Silver Cross Hospital in New Lenox.

"And you are at a higher risk for complications or even death when you have these conditions along with a severe respiratory infection such as this virus."

A new report from the CDC states 35 percent of adults say they are obese. A person is considered obese if their body mass index, or BMI, is 30.0 or higher, according to the CDC.

That's up from nine states that reported obesity rates above 35 percent, the report said. The recent report said obesity rates among adults in all states were at least 20 percent. Colorado and the District of Columbia were the lowest.

The 2019 CDC obesity report showed that all states had obesity rates of 20 percent or higher among adults. The lowest obesity prevalence rates were in Colorado and the District of Columbia.

Adults ages 45 to 54 were almost twice as likely (37.6 percent) to struggle with obesity as those 18 to 24 (18.9 percent). And Black adults had the highest prevalence of self-reported obesity at nearly 40 percent, followed by Hispanic adults (nearly 34 percent) and white adults (30 percent).

Regardless of whether they are obese, Black and Hispanic adults already are at greater risk for coronavirus illness due to systemic issues, the CDC said.

The CDC said the findings show a need for systemic changes that prevent access to good health. While that will take time, the agency recommends all people, not just those who are obese: eat a healthy diet rich in fruits and vegetables, lean protein and whole grains, paying close attention to caloric intake; remain active, which not only makes you feel and sleep better and reduces anxiety but can also assist in weight loss; and manage stress, which the CDC said has worsened during the pandemic.

The CDC report doesn't take into account the effect of the coronavirus pandemic has had on obesity. Still, Lahmann and his colleagues say they have seen or heard anecdotally about people who gain a "COVID 20," as in extra pounds, especially during quarantine periods.

"When people are stressed, they eat, especially comfort foods that are high in calories, fat and salt," he said. "Couple that with getting fewer opportunities for the usual exercise, such as walking around at work, or going to the gym, the pounds go on very quickly. And each BMI percentage point puts them at higher risk for many serious illnesses, including COVID-19."