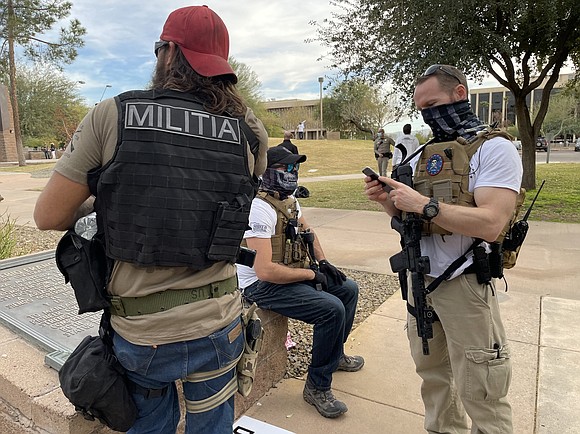 Following the Jan. 6 attack on the U.S. Capitol, technology and social media companies made public statements saying that they would not tolerate their platform being used to incite violence. Meanwhile, Facebook continues to allow targeted advertisements selling military tactical gear and weapon accessories to Facebook users, including those who follow extremist content. The company also presents these advertisements in connection with posts that promote election disinformation. In the letter, Raoul and his fellow attorneys general urge the company to immediately halt these types advertisements while Washington, D.C. and state capitals around the country, including Springfield, Illinois, prepare for the risk of inauguration-related violence.

"We all watched in horror on January 6 as violent extremists – many dressed in military-grade tactical gear – laid siege upon the U.S. Capitol. Currently, Illinois and states throughout the nation are bracing for those same extremists who are now threatening violence against our state capitols," Raoul said. "We know that these insurgents are relying on social media, and I am urging Facebook to stop targeting ads to individuals who incite violence and seek to overthrow our nation's democracy."

Facebook, headquartered in Menlo Park, Calif., is a social networking service founded in 2004 that allows users to share content online. Every day, more than half of the U.S. population older than the age of 13 uses Facebook services. The company makes money by selling advertising that it can target to its users based on personal data Facebook compiles.

Following the breach of the U.S. Capitol building on Jan. 6, Facebook permanently removed the president's account for using the platform to "incite violent insurrection against a democratically elected government." However, users that are believed to have an affinity for extremist content and election misinformation are continuing to post and receive targeted advertisements for military tactical gear, which could further promote and facilitate violent and politically motivated attacks.

Joining Raoul in sending the letter are the attorneys general of the District of Columbia, Massachusetts and New Jersey.