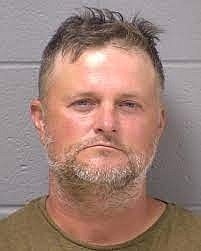 Bettenhausen was apprehended by New Lenox Police in July 2020 for taking "upskirt," sexually intrusive videos of young women in the Target Store at 2370 East Lincoln Highway in New Lenox. A review of one of his phones showed numerous upskirt videos and photos, as well as photos of pre-pubescent children engaged in pornographic acts. Officers later found several SIM cards with child pornography at Bettenhausen's residence.

"The conduct of this repeat child predator is morally repugnant," Glasgow said. "Sadly, the reality with child pornography is that the victimization can continue long after a photograph or video is taken; images placed on the internet can never be fully erased or recovered, and they can be passed from person to person indefinitely. That's why I established the High Tech Crimes Unit in our Office in 2012 to work with local police departments to track and arrest individuals who trade child pornography over the internet. We need to do everything in our power to help investigate and prevent the vile exploitation of innocent children."

The charges in Bettenhausen's 2014 conviction were the result of an investigation by State's Attorney Glasgow's High Technology Crimes Unit and the Peotone Police Department. In that case, Bettenhausen was convicted on three counts of Class 2 Child Pornography and sentenced to adult probation as well as lifetime registration on the Illinois Sex Offender Registry.

The two four-year sentences will be served consecutively. Bettenhausen will receive credit for the 324 days he served before sentencing.

Nichole Pasteris, and Administrative Assistant Nikkol McGuire for their hard work on this matter.