Opinion: The dire consequences of a research animal shortage 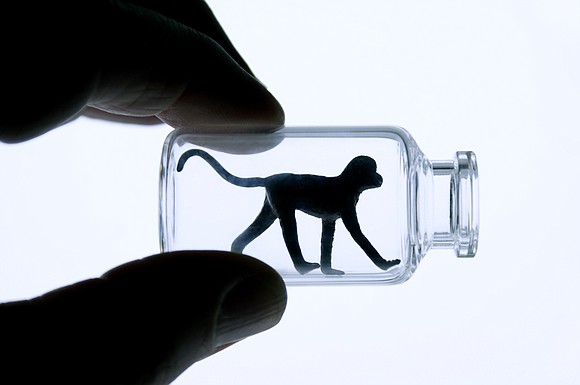 Scientists are concerned that new Covid-19 variants popping up around the globe will evolve and could thwart the treatments they've developed.

Researchers are racing to develop new coronavirus vaccines and treatments, but many of them are running into a problem -- a shortage of monkeys. Unless the government acts to preserve our scientists' access to nonhuman primates, medical advancement could grind to a halt.

Monkeys are essential for biomedical research. They're the most similar nonhuman models to human research subjects. Rhesus macaques, the species most commonly engaged in medical research, share roughly 93% of their DNA with humans.

In the case of Covid-19, scientists were able to glean how the coronavirus attacked the lungs and respiratory system by studying its expression in monkeys. It's no wonder the vaccines Moderna, Pfizer/BioNTech, and Johnson & Johnson developed all have their genesis in research in nonhuman primates.

But the pandemic has made nonhuman primates a scarce resource. At the beginning of the outbreak, China, the world's top source of research monkeys, halted exports. That put many U.S. labs in a difficult spot. China provided more than 60% of the nearly 34,000 nonhuman primates that entered the United States in 2019.

China probably won't resume exports anytime soon, since its own scientists now face a shortfall. Just a few labs in Shanghai alone need nearly 3,000 more monkeys. Experts predict the Chinese shortage will grow 15% a year over the next five years.

The message propagated by animal rights activists is that nonhuman primates are not essential for the development of Covid-19 vaccines. Heeding their propaganda could spell disaster for the health and safety of Americans.

The U.S. government has a few options for addressing the research monkey shortage. It could work with other countries to increase the supply. The promise of more collaboration with U.S. scientists could prompt other countries to export more of them to the United States.

Officials could also pressure airlines to transport more monkeys from abroad. Most have bowed to pressure from animal rights groups and refuse to transport research animals.

Correcting misinformation about animal research would also help. PETA and other animal activists have been trying to convince the public that research with monkeys is not just useless but inhumane and unethical.

One solution may be to boost funding for primate research in America. Tens of millions of additional dollars represents a rounding error in the federal budget. But that investment would ensure U.S. scientists can quickly respond to future health crises.

The mRNA technology employed by Moderna and Pfizer/BioNTech and the viral vector technology used by Johnson & Johnson show potential against other diseases like cancer, multiple sclerosis, HIV/AIDS, and even future coronaviruses. Repurposing these vaccines for other diseases will require additional research in nonhuman primates.

The world looks to the United States as a leader in medical innovation. If our scientists are to continue producing lifesaving therapies, America will need to address our shortage of research monkeys.

Matthew R. Bailey is president of the Foundation for Biomedical Research. This piece originally ran in the Detroit News.