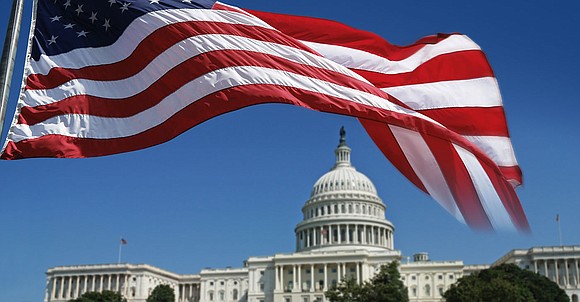 President Joe Biden promised help was on the way to an America still battered by COVID-19, and after a marathon session of debate known as vote-a-rama and some dissension in the Democratic ranks – particularly Sen. Joe Manchin of West Virginia—the U.S. Senate finally passed the president’s $1.9 trillion American Rescue Plan on Saturday, March 6.

“Today, the Senate passed the American Rescue Plan bringing us one step closer to delivering much-needed relief,” President Biden said from the White House shortly after the measured passed along party lines.

“When I took office, I promised help was on the way. Thanks to Senate Majority Leader Charles Schumer and Senate Democrats, we’ve taken one more giant step forward in delivering on that promise. I hope the American Rescue Plan receives quick passage in the House so it can be sent to my desk to be signed,” the president continued.

Schumer (D-N.Y.) declared just prior to the vote that “we’re not going to make the same mistake we made after the last economic downtown, when Congress did too little to help the nation rebound, locking us into a long, slow, painful recovery. We are not going to be timid in the face of big challenges.”

Following the vote, Sen. Schumer spoke with the president on the telephone.

“He put together a great plan. It was just right,” the Senator remarked.

“It was strong and deep, but also very popular.”

The vote was the first significant test of the Biden Presidency.

It served as a litmus test of how united Democrats would be after four years of having debilitating Donald Trump-led legislation rammed through a favorable Senate.

During the four years of Republican control, a host of Democrat-proposed bills stalled in the upper chamber in what became known as former Senate Majority Leader Mitch McConnell’s graveyard.

Sen. Manchin, who has discovered new and swing-vote power, has wielded it mightily, forcing changes to the bill that was passed by the House a week earlier.

The West Virginia moderate objected to the president’s and other Democrats who fought to raise the minimum wage to $15 per hour. That portion of the bill was removed to facilitate the legislation getting through the reconciliation process. Sen. Manchin held up the vote for hours wanting – and receiving – a change from $400 to $300 to the federal unemployment insurance addition to the bill.

The bill still must be returned to the House for final approval before it heads to President Biden’s desk for signature.

Once the bill becomes law, it’s believed that the IRS would quickly begin sending out a new round of stimulus payments. Single tax filers making $75,000 or less would receive $1,400, while married couples who file jointly and make less than $150,000 would receive $2,800.

Unlike previous stimulus payments, single tax filers making at least $80,000, or couples earning more than $160,000, will not receive a check.

It’s also important to know that the IRS will determine eligibility based on either a 2019 or 2020 tax return.

Individuals who may have lost their jobs or whose incomes decreased in 2020 should file as soon as possible.

Otherwise, the IRS will use your 2019 income.

Like the previous stimulus, you are not required to pay taxes on the payments, and those owing child support or student debt to the federal government will be protected from garnishment.

However, lawmakers did not make provisions to protect anyone from garnishment who might have private debt.

The bill allows for the first $10,200 of unemployment payments tax-free, and those who receive food stamps will see a 15 percent increase in those benefits through September. Families whose children’s schools have remained closed are also in line to receive EBT benefits through the summer.

The legislation sends about $20 billion to state and local governments to help low-income households cover back rent and utility bills.

It also contains a provision that allows families with minor children to claim a larger tax credit this year.

Those who qualify would receive a child tax credit of $3,600 for each child under six.

Severely impacted small businesses with fewer than 10 workers will be given priority for some of the money.

“Today’s passage of bold relief legislation is exactly what Georgians had in mind when they sent me to the Senate to help our state recover from the devastation of this once-in-a-century pandemic and corresponding economic downturn,” stated Sen. Raphael Warnock (D-Ga.).

“For months, families and communities across the nation have been waiting for the substantive federal assistance they need to pay their rent, buy food and medicine, safely reopen all of our schools and keep essential workers on the job – and because of Georgia, that help is finally just around the corner.”