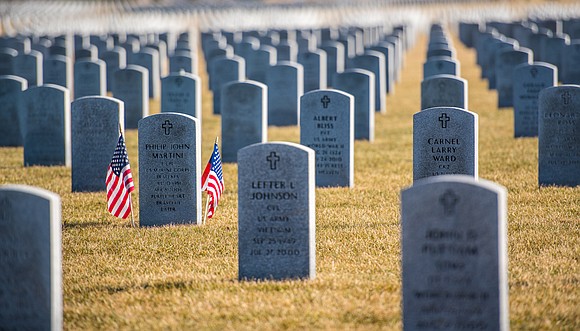 The fourth anniversary of National Vietnam Veterans Day will be on March 29. It’s been about 46 years since the official end to that conflict. As a matter of perspective, a 19-year-old who was in Vietnam at the end of the war in1975 will turn 65 in 2021. Most Vietnam vets are in their 70s.

Veterans today are a much-respected group in society. Veteran issues are often a focal point for debate in both Federal and State governments. It’s considered patriotic and a form of national pride to support veterans’ needs. Most local governments usually are relegated to issuing proclamations celebrating veterans sacrifices and victories on holidays like Memorial Day, the Fourth of July and Veterans Day. Myself and other veterans appreciate the acknowledgement of our service.

There is another element to veteran issues that is often misused and sometimes abused in the pursuit of challenges that have less to do with veterans and more to do with political theater. A case in point is the recent attention to the Abraham Lincoln National Cemetery (ALNC), proximity to the proposed Northpoint Development. A small number of Veteran organizations have apparently joined lawsuits opposing the Northpoint development that, along with the CenterPoint Intermodal development, is in close proximity to the veterans’ cemetery.

The issue for the veterans opposed to the Northpoint complex is the increased truck traffic that will use Route 53 to enter the new complex. According to the controversy, the trucks also interfere with funeral processions driving south on Route 53 to the cemetery entrance on Hoff Road. Also, trucks, missing their attempt to access the complex, enter the cemetery instead and then need to turn around to exit the cemetery. In summary, the belief is that stopping the new development will be a partial solution to prevent trucks from using the cemetery as a turnaround. According to one source, trucks have been illegally entering the cemetery for the last decade. That is before the current Northpoint project was being considered.

According to the proposed plans for the Northpoint project, there will be no entrance to the facility from Route 53. The only entrances to the intermodal facility, including CenterPoint, will be from Interstates 55 and 80. That’s not to say some lost truckers will venture down Route 53 looking for an easy way in just as they have for the 10 years the intermodal has been operating. There is a consequence to that action. The lack of proper signage is an invitation to get lost. Trucks who get lost and use the cemetery for a turnaround may be subject to fines and citations.

It is not my purpose, as a veteran or as a writer of this column, to take sides on the issue. I will point out that ALNC has been a focal point of political theater since it was first planned. When the cemetery was first proposed it was to be a part of the redevelopment of what was formerly known as the Joliet Arsenal. It was closed in 1975 and repurposed for other uses that eventually included the cemetery and Midewin National Tallgrass Prairie. Also included in the repurposing was a landfill, which is located south of Midewin and ALNC. At the time the landfill was proposed it was thought to be so close that the location would interfere with the peaceful serenity of the cemetery. Today I doubt most people accessing ALNC are aware of the landfill’s location.

The best course of action is to do proper planning and setting limitations for developments before they are built. For instance, the lack of adequate signage along the roadways, particularly Route 53, is a major cause of misdirection. It’s a wonder more trucks don’t lose their way. Planning must always include things like environmental concerns and landscaping. Political winds change over time. Even if a development like Northpoint is delayed or halted altogether, other developers will appear in the future. The die is cast.