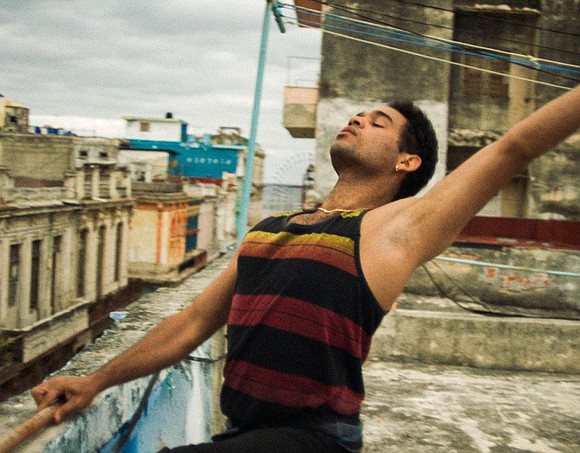 Director and screenwriter Kaveh Nabatian , is the Canadian-Iranian filmmaker and musician, who also composed the Original Score, in his impressive feature film debut, Sin La Habana (Without Havana), out now on all video and on demand platforms.

In it, Nabatian delivers a heart-aching, multi-layered treatise on the dangers of love and entanglement set against the backdrop of the western world’s complex immigration policies that virtually invite deception. The Afro-Cuban subjects of the film live their lives obsessed with devising means to escape their dead-end existence in modern day Havana.

Filmed with a sensitive eye by cinematographer Juan Pablo Ramirez, Nabatian takes the viewer behind the crumbling walls of Old Havana and the snowy fairy tale setting of Montreal to create a tale full of emotional hairpin turns.

Nabatian also draws back the curtain on the secret rituals that are the soul of black Havana with an unflinching eye. We are given a rare glimpse of Santeria, the religion of Black Cuba and the performance of Ritual Circumcision (the Bris Milah) in traditional Jewish culture.

The film not only takes on the immigration, but the capriciousness of class, culture and racism within Latin culture and the world at large.

In this moving and vivid film, Nabatian weaves an intricate tapestry of love and deception that proves that when you involve human emotions and sex in a game of deception, it creates a dynamic that quickly spins out of control, inevitably with disastrous results.

We meet Leonardo (a lithe Yonah Acosta Gonzelez, who does his own dancing in the film), an aspiring dancer with Cuba’s Grand Ballet and his girlfriend Sara (a fiery, sensuous Evelyn Castroda O’Farrill). The Afro-Cuban couple is desperate to leave the suffocating confines of Havana. Phony Green Card marriages represent the most viable means of escape.

Sara suggests he romance one of the pretty, naïve, young white tourists who come to his dance classes. He then meets Nassim, an Iranian-Canadian divorcee, (played with wide-eyed wonder by Aki Yaghoubi), seeking to drown her sorrows by immersing herself in the swirling sea of Cuban culture. Leonard quickly becomes her guide and eventually, her lover.

Tiring of the frequent blackouts and deprivation (“How long can we go on like this,” she badgers Leonardo. “You teaching foreigners and me here cooking eggs like your mom, and now there aren’t even any eggs!”). She proffers a scheme wherein the two of them get Green Card marriages to foreigners and escape to Canada. She suggests that Leo cozy up to Nassim.

“I’m not a gigolo!” Leo protests. Sara threatens to leave him and go it on her own. The gauntlet has been thrown. The dangerous game begins.

Nabatian’s film is rife with symbolism, both cultural and psychological, from the sanctified marbles that Leo and Sara exchange, to the stained glass art work crafted by Nassim (expertly done by real-life artist Lars Arick Paulson) and vibrant native costumes by Patricia McNeil.