Wayne’s Words: Memorial Day is around the corner with summer days ahead 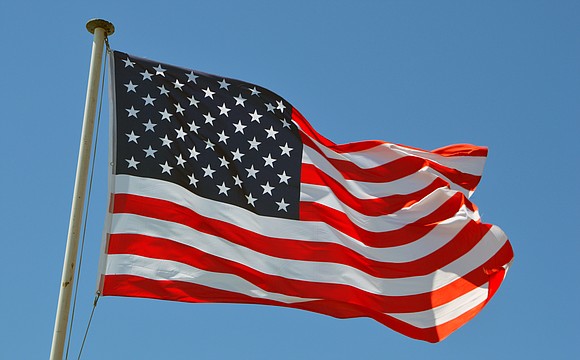 The summer season is at long last upon us. Seems we missed last summer altogether with the intense concentration to control the pandemic numbers. Masks, washing hands and social distancing are terms that most people continue to pay attention to. More than half the country remains unvaccinated with the prospect that it will be late Fall before the gap is closed on vaccinated and non-vaccinated. The CDC has somewhat lifted the ban on masks for those who have completed a vaccination regimen.

So, are we going back to “normal” or do we continue to be cautious? What does “normal” really mean? Respectfully, I hope normal means using common sense in our every day existence. Personally, I have never enjoyed being unsafe. You know, people sneezing and coughing near your space. I will continue to avoid such conditions. I also don’t plan on lecturing or confronting people who may have different ideas about common sense and normalcy. Probably best to be tolerant and avoid the temptation.

The coming summer season should be closer to what most people consider normal. Next week begins the Memorial Day weekend. One tradition on Memorial Day is the lowering of the Flag to half-staff from dawn until noon. The flag is flown at half-staff during that time to honor American soldiers who have given their lives in service to the country. However, the Flag has been flying at half-staff in most government jurisdictions in Illinois since April 16,2020 in honor of all who have died in Illinois from COVID-19. Half-staff has become the normal position for the flag. It is time to resume flying the Flag at full staff. The continued flying of the Flag at the lowered position no longer seems warranted. Most states have returned the Flag to full staff. According to one source only Illinois, Connecticut, New York and Pennsylvania remain on the indefinite flag half-staff alert list.

In addition to Memorial Day opening up the summer season, the Joliet Slammers will begin their season on Friday, May 28 with a single game and fireworks. There are no home games scheduled over the Memorial Day weekend. The Slammers play a six-game home stand starting June 1 through the June 6. A lawn seat will cost $5 with reserved and club seats at $10 and $12 respectively. You can save $2 by buying them 24 hours before game time.

Since Major League Baseball reorganized the Minor League system this year, Independent Leagues have been given the opportunity to procure better ballplayers than in previous years. The Frontier League was expanded in 2019 by adding an additional six teams and forming the Can-Am Conference portion of the league. It’s mostly for show purposes since there is almost no inter-conference play with the Midwestern Conference where the Slammers play. The only inter-conference games the Slammers play will be against the Equipe Quebec team from Quebec City, Canada. That’s northeast of Montreal for the geography buffs.

The Frontier League canceled the 2020 season due to the pandemic and the teams in the league had to shift for themselves. The Slammers introduced a unique tournament platform but only a few hundred people showed up for the games. They have averaged slightly over 2,000 in attendance over the last 9 seasons although they did experience over 2,500 in attendance in 2019. They are planning for a substantial increase in attendance for 2021. The DuPage Medical Group Field has a fan capacity of approximately 6,016 but will be limited to a 60 percent maximum or about 3,600 attendees. Good luck for the new season.