Thrills and Chills Await Audiences at After Dark In Theaters, At the Drive-In, and Virtually October 13 - 24, 2021 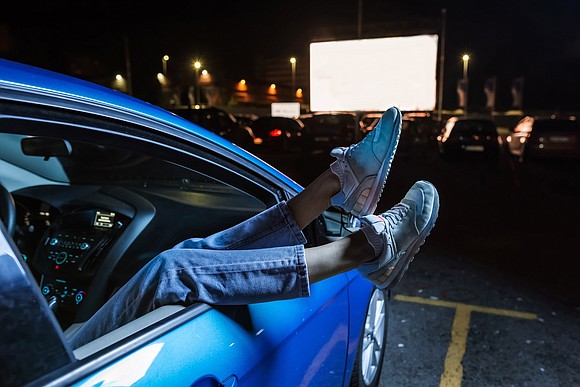 The Chicago International Film Festival to present the Opening Night After Dark feature, HALLOWEEN KILLS, the new chapter in the iconic four-decade horror franchise starring Jamie Lee Curtis and co-written and directed by David Gordon Green. HALLOWEEN KILLS will screen at the Music Box Theatre October 13, 2021 as part of the Festival's After Dark program. Sponsored by Dark Matter Coffee, After Dark at the Chicago International Film Festival showcases shock-filled, spine-tingling, and wildly strange visions that will keep audiences up late into the night. HALLOWEEN KILLS, from Universal Pictures, Miramax, and Blumhouse, arrives in theaters and streaming on Peacock on October 15.

In-theater exclusives of the Chicago International Film Festival After Dark include Jim Cummings and PJ McCabe's comedy horror THE BETA TEST, in which a hot-shot Hollywood agent becomes ensnared in a web of conspiracy and paranoia; and Taiwanese horror film THE SADNESS from director Rob Jabbaz, following a young couple's journey through unimaginable chaos as they attempt to reunite with one another and escape the deadly hordes of the infected. THE BETA TEST co-director, co-writer, and star PJ McCabe will be participating in an audience Q&A following the screening on October 16 at AMC River East 21.

The Chicago International Film Festival After Dark also features a program of six short films in the Unexpected Terrors collection, including Annalise Lockhart's ghost story INHERITANCE; MARKED, in which a tattoo artist is confronted by a client who knows the meaning of his body art from director Matthew Avery Berg; and Murat Emir Eren's story of a woman trying to escape a sentient home that is not keen to let her get away, AS IF I NEVER EXISTED. Shorts 3: Unexpected Terrors will be screened both in-theater and virtually via the Festival's streaming platform.

Tickets to the Chicago International Film Festival After Dark screenings, and the full program and schedule, are available at https://www.chicagofilmfestival.com/festival-program/after-dark/.