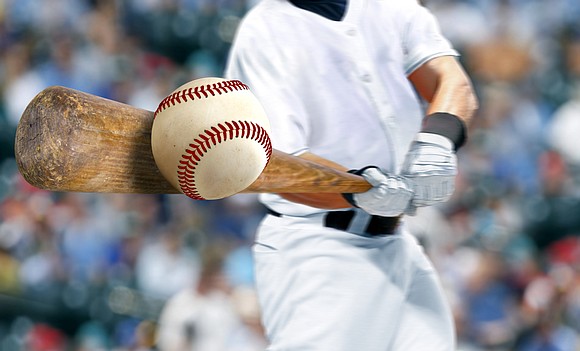 Major League Baseball teams ended the regular season this last Sunday. If you are a Cubs fan the season wasn’t what is always hoped for, the play-offs, and it’s “wait ‘til next year,” again. The White Sox fans have more games to look forward to and maybe even a World Series victory. We’ll see. Since attendance at the ballpark is one measure of a successful season, how did the two Chicago teams due this year? Better, certainly, than the 2020 season, when attendance records were not kept, although they did play an abbreviated season.

The Cubs usually do well in attendance whether they win or lose. The Cubs were down over 36 percent in attendance compared to 2019, but they had the fourth highest attendance of all MLB teams, behind the LA Dodgers, St. Louis Cardinals, and the NY Yankees. None of the teams did better at the gate in 2021 versus 2019 attendance. For comparison to the Joliet Slammers, attendance was down over 30 percent from the 2019 season. A victory, of sorts, for a last place team?

The White Sox do well at the gate when they are winning. They were only down by five percent in attendance compared to the 2019 season when they finished out of the playoffs. When measuring teams by their overall MLB won-loss record, the Cubs were 24th out of 30 teams and the White Sox were sixth. Baseball keeps stats on everything.

I bring this up because of the recent flap over the Chicago Bears wanting to move the team from Chicago to Arlington Heights. Joliet’s Mayor, Bob O’Dekirk, thought perhaps the city could be in the mix for discussion of such a move but that was quickly squashed as an idea with the recent announcement about a possible move to Arlington Heights. Anyway, I remembered how much our own baseball stadium has cost Joliet taxpayers and wondered why such an idea was considered again. It is a costly venture to pursue even without the cost of construction of a stadium. Infrastructure costs alone will exceed several million dollars and that cost is usually borne by the hosting community. No thanks. The Joliet Bears sounds hollow in any case. It didn’t work for Chicagoland Speedway either.

In keeping with the sports theme, about four years ago the Wayne’s Words column was about the community of Westfield, Indiana that built a 400-acre youth sports complex that opened in 2014. It includes 31 grass and synthetic fields for soccer, lacrosse and other field sports, 26 softball and baseball diamonds, and a 370,000-square-foot indoor facility. Youth sports is a $19 Billion industry. The Westfield complex generates an excess of revenue to cover its $6 million operational expenses. The debt for its development is on schedule to be covered entirely by tax-increment financing. The complex draws 2.5 million visitors per year and those visitors generate about 150,000 hotel room stays per year. And they eat at local restaurants while they visit the area. They considered attempting to draw a minor-league baseball team to the city. They believed that type of facility had some prestige but decided it wasn’t a real moneymaker. Joliet’s experience with building a stadium for over $28 million and negative revenue to cover annual expenses provides ample evidence of the money-losing venture it is. Good luck to Arlington Heights.

One Last thing… Joliet’s Pre-Council meeting on Monday demonstrated a lack of decorum that was not only unnecessary but out of order. Councilwoman Bettye Gavin made a statement, aimed at the mayor, on a non-agenda item at the beginning of the meeting that normally would be made at the end of the meeting during Council Comments. The issue that was discussed was somewhat minor (closing an alley) but Mayor O’Dekirk chose to engage the comments made by Gavin in a combative tone. If she was out of order you gavel for order. Roberts Rules. This unnecessary outburst between the two Council Members follows another incident at a Council committee meeting a few weeks ago between Council Members Jan Quillman and Joe Clement. Councilman Clement refused a request to mask-up. Out of order. Use the Gavel. Control the meeting.

Seems the Council sometimes makes a mountain out of a molehill. At an earlier Council meeting last month, a zoning issue regarding a rental unit in the Cathedral area (CAPA) caught the council off-guard and unaware of the issue. Why? Councilwoman Quillman, a CAPA member, did not know the unit could not be rented on the open market? The former owner of the property, a past CAPA President, sold the property specifically stating it could be rented on the open market. It’s actually part of the listing sheet used by the realtor who listed the property. The former owner was previously on the Joliet Zoning Board. The Realtor was aware of the property status (also a CAPA member), the owner knew, and Quillman knew. The Council sent the issue back to committee for review. Why?

Getting elected to any government body should dictate you know the job, how to find answers to questions before you vote, solve problems and follow the rules. The public expects more than squabbling and a lack of knowledge on the part of public officials. Really!