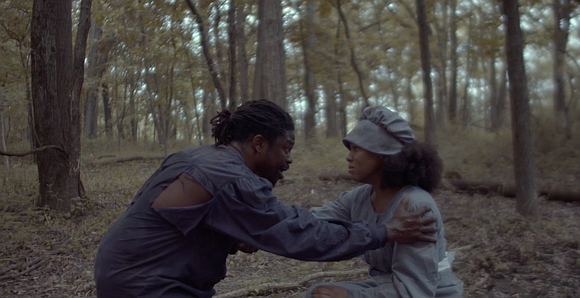 University Park, IL – Tickets for the fourth annual Chicago Southland International Film Festival (CSIFF) presented by Governors State University are on sale now! This year’s festival offers expanded access for Chicagoland, remote/rural and international viewers through a hybrid on-site and virtual. Virtual streaming is offered now through the Eventive platform from Oct. 11-17 and festival fans can view screenings in-person the weekend of October 15-17 at Governors State University in the F1622 Auditorium. Festival passes are currently available on Eventive at https://csiff.eventive.org/passes/buy.

Patterson said, “It’s exhilarating to come out of the 2020 virtual world with a hybrid concept this year: entertaining folks in the comfort of their own homes as well as hosting a live, in-person weekend of screenings, and Q&As, including a VIP Filmmaker’s Reception. We are very proud to have previous filmmakers join us as judges this year (Ines Sommer and Frank Tovar – Chicago, IL, Desmond Huey – Matteson, IL, & Harry Locke IV - Los Angeles, CA). We are also honored by the response from previous filmmakers returning for a 2nd, 3rd or 4th year with new submissions!”

This year’s Feature Film Showcase, a community-wide film screening and discussion event in celebration of independent filmmakers, is no exception. Try Harder! Directed by Debbie Lum, which had its World Premiere at Sundance this year, is a heartfelt journey into the reality of the American college application process and the intersection of class, race, and educational opportunity as students navigate a quintessential rite of passage and make it their own.

CSIFF co-founders hand-pick and host this Feature Film to provide filmmakers with a public performance and the opportunity to participate in facilitated post screening Q&A sessions with a diverse audience. This mission of nurturing filmmakers means a lot to the CSIFF team, as CSIFF was created as a festival for both filmmakers and film enthusiasts.

“The goal is to bring them together for stimulating conversations and immerse visitors in the art of film and moving image,” said co-founder Joshua Young. “We think our festival is unique in its appeal to both audiences, and we have received some really positive feedback!”

Here’s what some past participants have shared:

 “I should say that your festival is one of the best festivals to which I've ever submitted!" Hooman Naderi, Filmmaker

The festival also attracts several repeat filmmakers. One example is Tyler Harding, a high school student from Michigan who has submitted films to the short film competition every year since its inception. His first submission was as a freshman and now he’s submitting in his senior year.

There are many local Chicago and Illinois filmmakers featured as well. The film Requiem for Black Love, where two fugitive slaves risk their lives for a chance at love and the pursuit of happiness, was made by Flossmoor resident Eric Almond. The film Roots is written, produced, shot, and edited by GSU alum Alex Pavloski; two flowers experience love, heartbreak, and the cyclicity of life. Tom Doherty of Rockford, IL created Keep the Change, a comedic drama where a comedian pulls a dine and dash in hopes of luring the owner of a restaurant to his show. Eight other selected films were submitted by Chicago natives.

For more information about the festival, visit the Chicago Southland International Film Festival website or on the CSIFF Facebook page.

The School of Extended Learning, Digital Learning and Media Design, and The Knowledge Exchange sponsor this event.

CSIFF exists to propel “reel” stories forward and provide a platform for independent filmmakers with diverse perspectives to share their work and grow in their craft. With core values of inclusiveness, diversity and promoting quality of life, CSIFF offers Chicagoland residents and remote audiences alike an opportunity to see a collection of diverse films created by amateur, high school, and professional filmmakers around the world. Since 2018, the festival has engaged 240 independent filmmakers across 20 states and 16 countries.