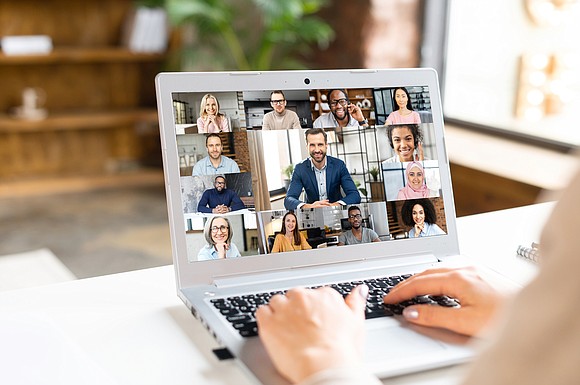 Every city council or school board has issues large and small that impact the lives of the people it serves.

Should residents be allowed to have chickens within city limits?

Should the city-owned hospital be sold?

What programs should the school district cut to have a balanced budget?

How should students be allowed to dress in school?

Those duties are most effectively carried out in person, during in-person interactions.

Meetings of city councils, school boards and other public bodies are opportunities for community residents to voice their opinions, and for public officials to hear them. Those meetings, many times held in a room full of people with passionate and sometimes opposing viewpoints, are fundamental and vital processes that play out in all Illinois communities.

The impact of those vital interactions has been diminished since the pandemic forced many public meetings to held virtually. Now, there is a bill in the Illinois Senate that would give government entities the power to conduct any meeting electronically, not in person, for any reason. The bill is a threat to our democracy, and must not become law.

Senate Bill 482 was introduced in February by Sen. Christina Castro, D-Elgin. It did not make it out of committee during the regular session, but it could be considered when the Legislature begins its fall veto session Oct. 19. The legislation is a top agenda item for the Illinois Municipal League.

The bill would amend the Open Meetings Act by modifying requirements by which an open or closed meeting may be conducted by audio or video conference without the physical presence of a quorum of the members.

The bill’s proponents believe virtual meetings are more efficient and transparent than those held in person. Nothing could be further from the truth.

Anyone who has attended a virtual meeting or family gathering during the past 18 months – who hasn’t?! – knows that discussions are shorter and ultimately less effective when they are not held in person, face to face. Dialogue simply isn’t as meaningful when we’re all in different rooms.

In public meetings, people are more reluctant to provide input if they are forced to do it remotely. There’s just something about being able to look a board member in the eye, and gauge their reactions, in person. Often, that board member will look back at you.

And there’s much to be said about the access a resident or reporter has to a public official once the meeting has concluded. They’re in the room. In a virtual meeting, the “leave” button is an escape hatch for any public official who wishes to have no further conversation.

Certainly, the pandemic was a valid reason for taking proceedings from council chambers to a Zoom room. But it was simply an exception to the rule, a need that now longer exists as we all return to a safer normal.

The public has a right to interact with their elected officials, face to face and not on a screen.

Let’s not create an environment that further removes governing from the public’s eye. Let’s find ways to create more opportunities for personal interactions with our elected officials.

As society returns to normal, so, too, should public meetings. The rule must be for in-person proceedings. Virtual meetings should be an exception, only when participants’ health and safety is at risk.

Senate Bill 482 must be rejected.