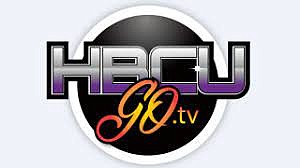 As part of the deal, AMG has also acquired the robust HBCUGo.TV library of more than 5,000 hours of content, featuring the HBCU students and their alumni. The current HBCUGo.TV management team, who has strong relationships with the schools, sports conference commissioners, HBCU presidents, and governing boards will continue to manage the HBCUGo.TV platform.

The acquisition also affords HBCUGo.TV an opportunity to bring treasured content to its audiences worldwide, including a first-ever partnership with the Central Intercollegiate Athletic Association (CIAA), the nation's oldest historically Black athletic conference, to broadcast 44 Black college games during the current football season, and the men's and women's basketball seasons. These broadcasts featuring all CIAA institutions will be featured on the HBCUGo.TV streaming platform (https://hbcugo.tv/live-streams) throughout the season.

"We are thrilled to be a part of Byron Allen's Allen Media Group and his vision to make HBCUGo.TV the ultimate destination celebrating the excellence of HBCUs and their alumni," said HBCUGo.TV co-founder and CEO Curtis Symonds. "Our pioneer platform offers a global audience all aspects of the HBCU culture and positions the millions of brilliant young minds and alumni throughout the HBCU universe to help change the world for the greater good."