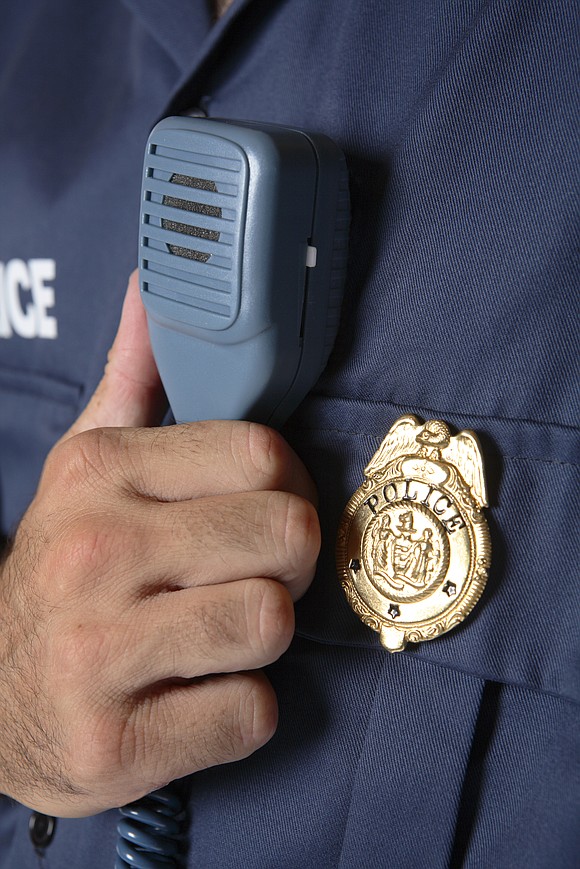 It was about two months ago that Joliet Mayor Bob O’Dekirk stated at a City Council meeting there was a “war on police.” Sometimes, I guess, it just depends on your perspective. That was not one of the implications contained in an article of the September 7 issue of the USA Today news section. It’s a national newspaper with a national audience. The article was titled Behind the Blue Wall. The subject was regarding Joliet’s Police Department and the video of Eric Lurry’s arrest and ultimate death while in the custody of the Joliet police. The article was about the subsequent action taken by Sgt. Javier Esqueda releasing video of the arrest and that was unauthorized for public release by the police department.

The subtitle of the article is “A police officer exposed a video showing a death in custody. Now he’s facing prison time”. For those who might think there is a “war on police” the article is a must read.

The arrest and death of Lurry occurred in January of 2020. Since that time Esqueda has been isolated and ostracized by many of his fellow officers, according to the USA Today article. The article is lengthy and also contains all the video made public by Esqueda. Perhaps there is a war among the police officers themselves. I doubt that is what Mayor O’Dekirk was referring to when he made his comment at the city council meeting in July. Police reform legislation is passing in several parts of the nation, including Illinois, according to the article. Some of the Illinois’ legislation is aimed at protecting whistleblowers like Esqueda and punishes retaliation against them. Also, part of the new Illinois law, authored Elgin Sims an Illinois State Senator, decrees police officers have a duty to intervene if they exceed their authority.

There are still criminal and civil cases pending regarding the Lurry arrest and his death. The incident is far from over. On Wednesday the office of the Illinois Attorney General Kwame Raoul announced a civil investigation of the Joliet Police Department’s “patterns and practices that might raise questions…that affects the ability to police in a safe and effective manner.” To accomplish the review the AG’s office will review police records in an effort to determine if further investigation will be necessary. Stay tuned for more on this development in The Times Weekly. The following link is a video of the AG’s announcement: https://www.youtube.com/watch?v=iMwFyGvPEfQ

Now that Labor Day has passed there are a couple of items of note for the attention of residents and Joliet taxpayers.

The Joliet Slammers concluded their season this last Labor Day Monday. Not only are they in dead last place for the season, but attendance for the year dropped over 30 percent from the pre-pandemic 2019 season. The Slammers pay a small amount of rent for the to the city for use of the ballpark, which is offset by their share of the naming rights revenue. Now, lest you think many baseball teams have had poor attendance, other area Frontier League teams did not have such a precipitous drop in fans in the stands. Schaumburg Boomers topped the league in attendance and managed a 2.6 percent increase over 2019. They also made this year’s playoffs. Windy City Thunderbolts from Crestwood had a decrease in attendance of 12.5 percent. That’s not bad for a team that historically has the least number of fans attending games in the league.

This Halloween will have a new venue with refreshments to scare people willing to pay for a visit to a haunted setting. The City Council voted to issue a liquor license for The Old Haunted Joliet Prison. Apparently, you can’t be scared if there is no liquor present. Besides haunting the prison area and supplying liquor, the City of Joliet has yet to take up the issue of responsibility for care and maintenance of the prison’s cemetery. Of course, the State of Illinois ignored their responsibility for the cemetery when they controlled the property. The site of the cemetery was sometimes called Monkey Hill and is located about a thousand or so yards northeast of the prison walls. Who knows, maybe a few sips of liquor will ease the frightening experience of a haunted prison with an abandoned cemetery a short distance away.

One last thing…. according to a local news source, apparently not all City Council members are willing to abide by the rules the Council has passed governing conduct at the meetings they preside over. Tuesday’s Public Safety Committee meeting was delayed because Council Member Joe Clement refused a request to don a mask in the close quarters of the room. How ironic that it was a “PUBLIC SAFETY” meeting. The request to mask was made by Chairwoman Jan Quillman. Clement responded that he was quite healthy, takes vitamins and works out. Wow, what a feat. I wonder if he can hold his breath and make himself stiff when he doesn’t want to follow other rules designated for the well being of others. WHAT A GUY!