Life vs. Liquor: The average Illinoisan would give up three years of their life to keep drinking alcohol, survey reveals 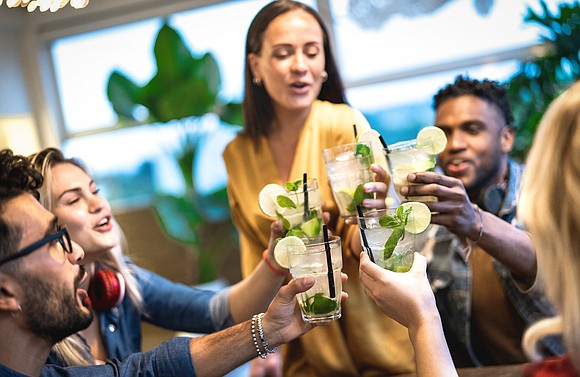 • One-third would give up caffeine for life, if they can continue drinking alcohol.

Science and Sobriety: There are many behaviors and habits we’ve developed and continue despite studies having proven that they have adverse health complications - from smoking cigarettes and drinking too much coffee, to the overconsumption of processed food and skimping on exercise. A recent major study found that drinking any amount of alcohol has a negative impact on the brain and is linked to increased risk of developing more cancers than previously thought. However, many people continue to drink despite knowing that it could take years off their lives as evidenced by a recent 3,700-person survey conducted by Alcohol.org a leading provider of alcohol addiction treatment resources.

The survey discovered that nearly a third (30%) of respondents admit they ignore frequent studies that warn of the health risks of alcohol. And despite many studies cautioning that alcohol can take years off consumers’ lives, the average Illinoisan drinker would even be willing to give up three years of their life if it meant they could continue to drink!

Perhaps due to clever marketing, the survey also found that more than a third (37%) of drinkers believe craft beer is healthier than regular commercial beer, despite many craft beers containing a higher ABV. The more alcohol a beer contains, the more calories it will likely contain and if you’re consuming it frequently, it may create a dent in a healthy lifestyle.

Almost half of respondents also believe moderate consumption of alcohol has health benefits, despite studies showing otherwise. A separate study conducted recently found that 46% also thought alcohol reduces an individual’s risk of developing cardiovascular disease; while 31% wrongly believed it can actually increase life expectancy. A further 15% thought it prevented you from catching a common cold, and 8% even believed it lowers the risk of diabetes.

The survey by Alcohol.org also uncovered that a staggering 89% think wine is the alcohol that has the greatest health benefits – is this because it is made from fruit? Seven percent thought spirits have the biggest health benefits, while 4% believed beer does.

Lastly, if given the choice between giving up coffee or giving up alcohol for the rest of their lives, more than a third (37%) would give up their morning joe every single day for the sake of being able to drink alcohol.