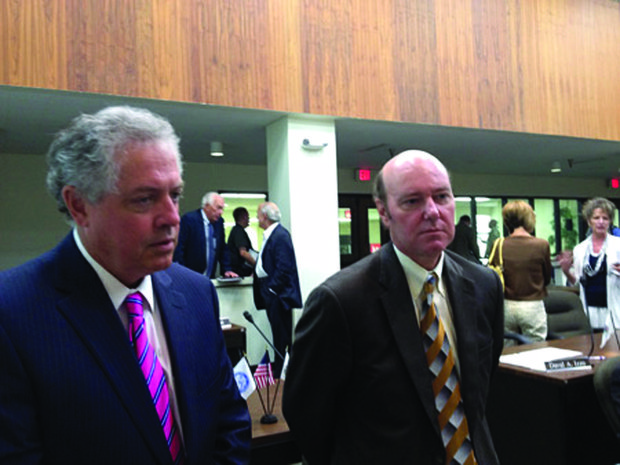 Consultants Ed Corwin (left) and Aaron Quick gave Will County board members an update of the legislation recently passed to pave the way for a third airport in south suburban Peotone.

Will County Board to form special airport committee

Speculation about a third airport becoming a reality in eastern Will County for many is fading fast. Gov. Pat Quinn last week signed off on legislation giving the Illinois Department of Transportation the power to build the airport in Peotone.