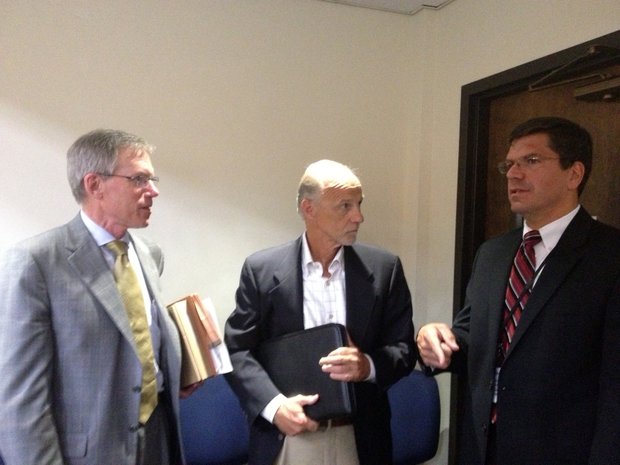 Will County Center for Economic Development President and CEO John Greuling (from left), Brent Hassert, lobbyist for the Will County Board, and John Fortman, IDOT engineer, talk about the Illiana Expressway project after Tuesday’s Will County Leadership Meeting.

Will County gets update on major road project from IDOT

The speed at which the Illiana Expressway project moves forward hinges on a vote early this fall by the Chicago Metropolitan Agency for Planning, according to an engineer for the Illinois Department of Transportation.