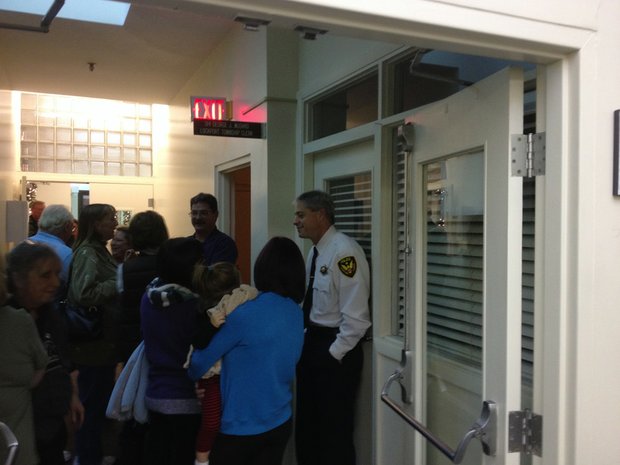 Dave Draksler (right) stands with supporters in the hallway outside of the Lockport City Council chambers after the council voted 5-4 to appoint a new police chief, in effect replacing him.