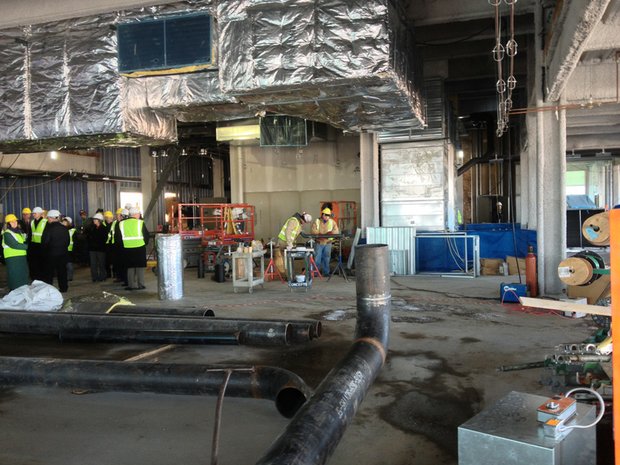 City and state elected officials along with staff from Joliet Junior College on Tuesday toured the new city center campus in Joliet's downtown.

The exterior shell of the new six-story Joliet Junior College City Center Campus is just weeks away from being completed.