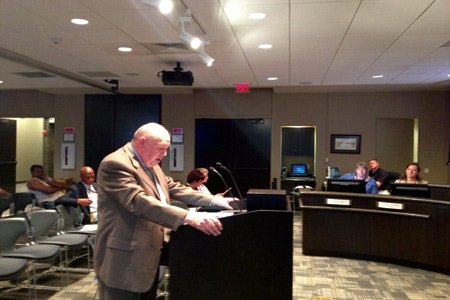 Leaders from two business groups in Joliet stepped up to the podium at Monday’s Pre-Council Meeting to remind elected officials how important business is to the city and one let the council know of his dissatisfaction with the recent resignation of City Manager Tom Thanas.